Behind the Mask: My Journey into the World of Drag 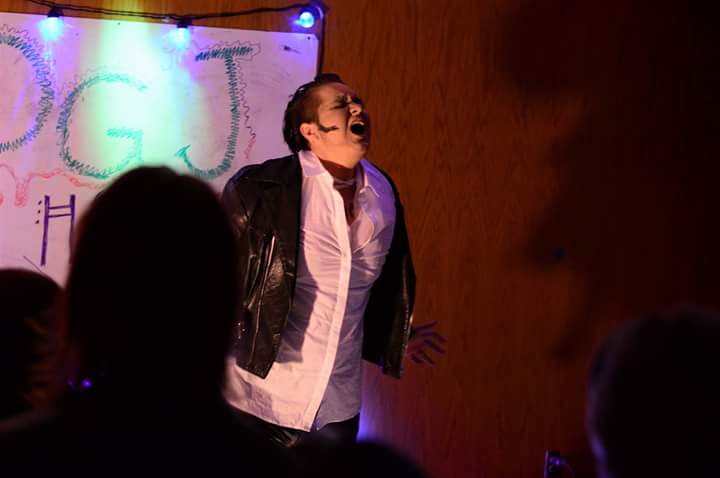 To quote Eurythmics, “behind every great man, there has to be a great woman.” As a drag king relatively new to the scene, this is the motto that I live my life by. Though in drag we are rock stars, superheroes, aliens, gods, et cetera, behind every drag king is a journey from the mundanity of everyday life to the living, breathing, colorful, gay nightlife.

My drag journey began in 2015 when I was 16 years old and cast in a male role in a play. The other girls were content with simple beards drawn on with eye shadow, but I wasn’t. I did a male contour and a full beard (shoe polish applied with a toothbrush, if you can imagine!). From the moment I put on that suit and makeup, and started developing my character for the show, I felt right. 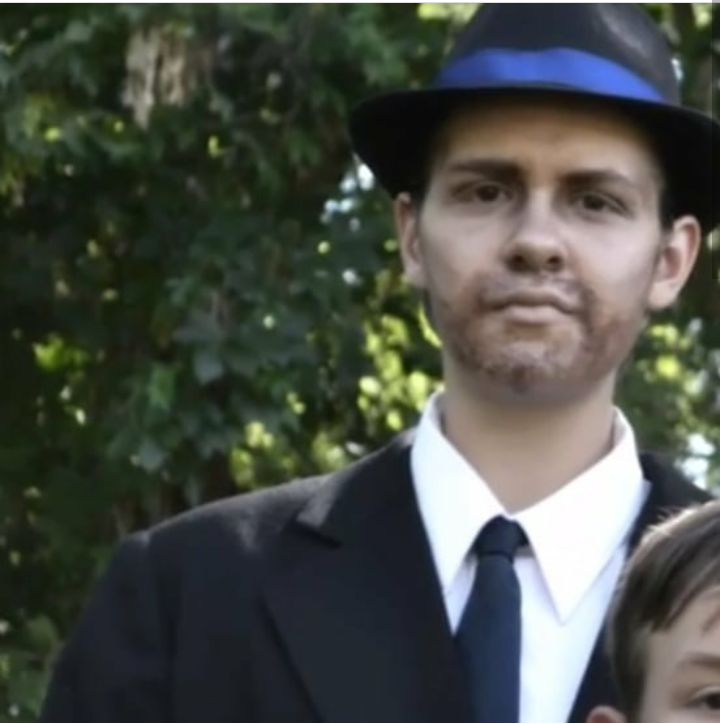 After that play, I didn’t get back into  drag for over two years because I was confused about what I was and what I wanted for myself. I also didn’t have much to draw inspiration from because my only references for kings were a few episodes of The L Word and a couple of old-school western cowboy kings I saw at a drag show at my college (I live in Utah, well known as cowboy country, so western-themed things are very common even among the drag community). Fortunately for me, that narrow view of kings was about to dramatically widen.

In 2017, I saw a video of famous drag king, Spikey Van Dykey, and my life changed. Far from the cowboy kings I was familiar with, here was a king that was undeniably cool.  It was then that I knew that kings were as far-reaching and diverse as queens, and that there was plenty of room for me and my own personal drag style. I joined the Facebook group Drag Kings Unite that same year and was exposed to a huge variety of kings.

On November 11, 2017, shortly before my 19th birthday, I went out in full drag for the first time to see a local show at an all-ages club. In hindsight, that particular look was really bad, but that was my first foray into real drag and would become the most pivotal moment in my early career, where I went from wishful thinking to being able to actually see myself up on that stage and craving it with a burning desire. 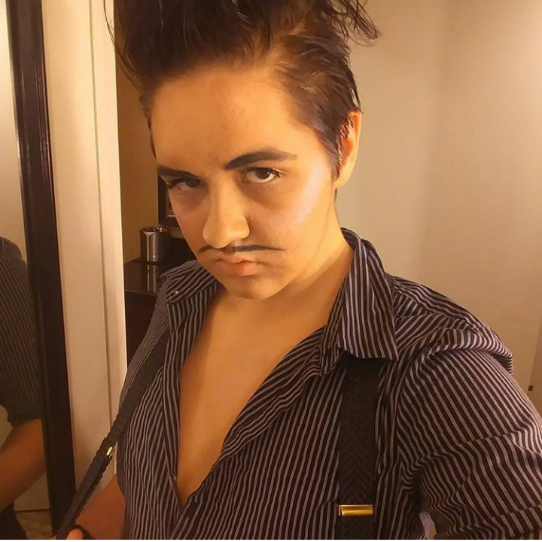 That night in the club, I saw the faces and learned the names of people in the local drag community that I could connect with going forward. I walked back to my hotel room alone at two in the morning, determined to perform someday soon. A month later, I messaged The Haven of Hues, the group who had put on the aforementioned event, and I asked if I could perform alongside their queens. I didn’t tell them that I was a new performer. I went a couple of weeks before I got a response, then a couple of months before they had a spot for me in a new show put on by one of their affiliated groups–the more experimentally artistic Forbidden Fruits.  It took time and persistence, but I had finally secured a gig.

Was I terrified? Absolutely. This was going to be the first introduction any of the Salt Lake City drag community was going to have to me as a performer and king and I knew in my heart that I needed to relax, have fun, and absolutely, positively NOT fuck it up. And I didn’t. I picked one of my favorite songs, “When Doves Cry” by Prince, and I went out there and killed it. Every moment I was on that stage, dancing and lipsyncing that song, every time the crowd screamed and cheered for me, I was on cloud nine. It was worth the money I paid for my proper makeup and brushes. It was worth the isolation I felt from not being able to tell my family where I actually was and what I was actually doing on my nights away.

Even more anxiety-inducing than the first performance was waiting for the second, when and if it would appear. Getting a first gig can often be attributed to luck and somebody established taking a chance on you. After that, all subsequent gigs tie back to people’s previous impressions of your performances, and I only had a first impression to give. A month after that first performance, I was messaged by The Haven of Hues. They asked if I wanted to perform in their upcoming show. Words cannot describe the euphoria of somebody seeing what you have to give and wanting you and your talent for their show. I accepted, even though I had no money and no way of getting it. When you live an hour away from your performance city, accepting a performance means spending money on lodging and transportation. I was prepared to stay with strangers from Couchsurfing, but instead, I finally had the long, hard talk that I needed to have with my mom about drag, and she offered to drive out and get me after my show. She’s been fully supportive of my drag since then.

Though incredibly fun and rewarding, my journey as a baby king hasn’t been all sunshine and roses. It can be hard to find gigs, especially because at 19, I’m underage and can’t get into 99% of the bars and clubs where gigs are plentiful. Until August, when I’m finally moving to my drag home city, there’s a major financial and logistical struggle with figuring out accommodation when I want to perform or even just attend shows. Performances haven’t been absolutely perfect, and my makeup definitely needs work. As a king who cut my teeth through performance first, my makeup aesthetics are far behind the rest of what I offer. I know tons kings with brilliant, amazing makeup who have never performed, and I know kings who are 15+ years in the game who focus their attention into performance alone. There’s a happy middle ground that I’m hoping to reach with my upcoming pageant, in that I can still give an electric performance but you know, look nice with good clothes and good makeup.

Though I’m only technically three months old (kings and queens in my neck of the woods typically count your “drag age” from your first performance), I have already learned a lot of important lessons from my journey so far. Number one is, don’t be afraid to be yourself. If other people don’t like who you are, their opinion doesn’t matter. You get 70 or so years on this earth, the way I see it, and you can either spend it miserable, making other people happy, or you can spend it living freely as your authentic self. I choose to be free. Number two is, don’t be afraid of constructive criticism, especially early in your career. If another more experienced king gives you some pointers on your makeup or a look you’re trying out, or tips on your performances, be grateful that someone is taking the time to give you something that you can use to improve yourself. Now, if they’re just being a dick to be a dick, and some people are, feel free to ignore them. Number three is, be kind to yourself. I am my worst critic and I know that that’s true for most people. Everybody starts somewhere and as long as you’re actively working to be the best that you can be, you’re golden.

This journey has been a wild ride so far, and I wouldn’t change it for the world, even though I’ve changed my drag name three times. I have my first ever drag pageant in two weeks. Stick around for a full-scale, in-depth examination of whatever ends up happening. In the meantime, follow me on instagram @Dandy.Ridge