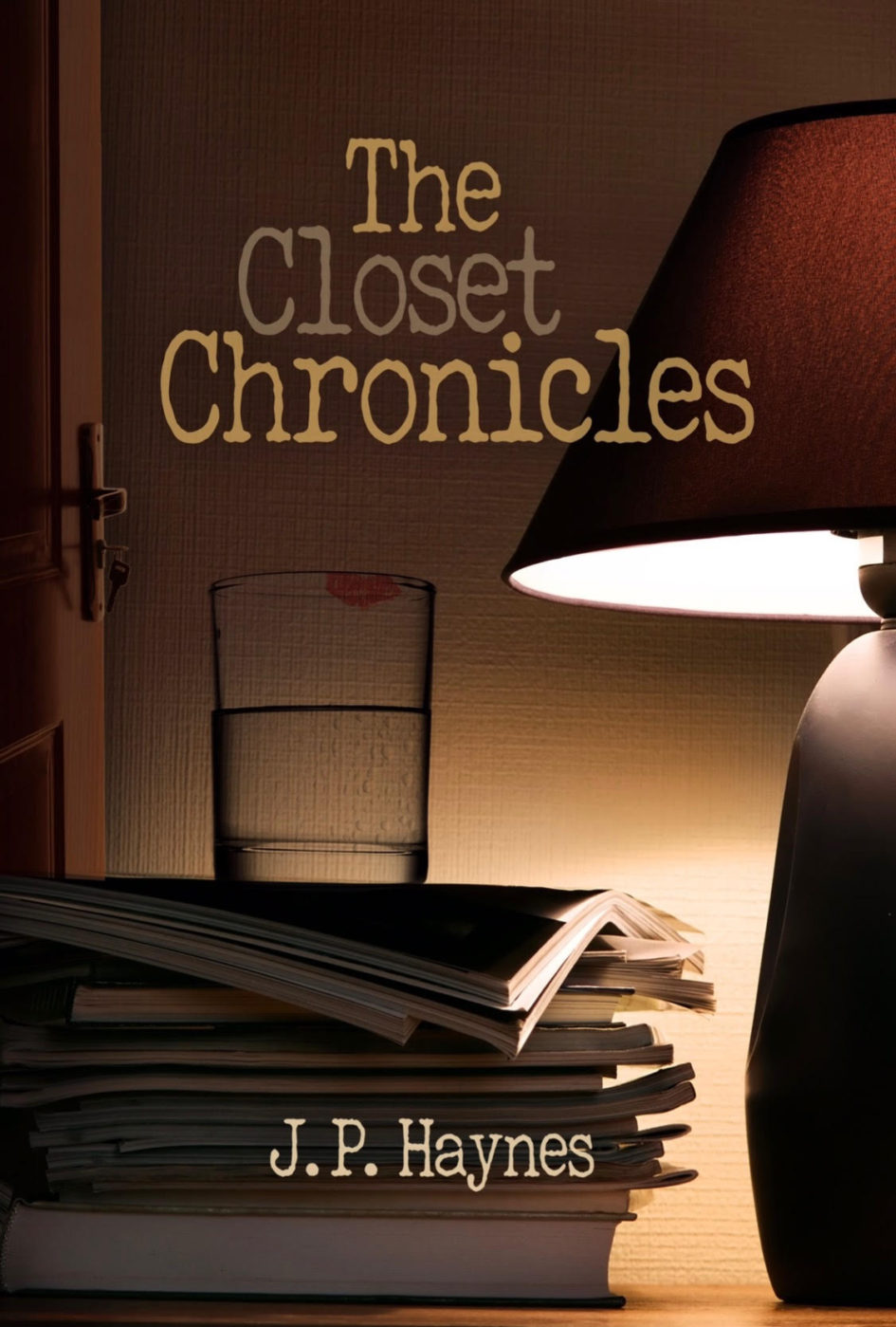 The Closet Chronicles, by author J.P. Haynes, is a short work of realistic fiction centering on the life and times of lesbian lothario D.J. Spencer as she works at a magazine job that she hates, comes to terms with newfound truths about herself and her family, and attempts to untwist the many tangled threads of her love life.

There are some very well-written parts of The Closet Chronicles. The commentary on the nature of black and biracial womanhood, as well as how that relates to lesbian identity, were an interesting and often touching read, especially given both the character’s and author’s roots in the American Deep South. However, this commentary is pushed out of the spotlight by another sparkling element of the story. The sections where this book truly shines are the contemplative, quiet scenes where D.J, our protagonist and narrator, is left all alone with her fascinating inner monologue. Though these sections often dump either unnecessary or oddly placed information on us, they are by far the most poignant and gripping parts of the story. It is in these lonesome moments that D.J. comes off as a sympathetic and well-rounded character. Her private dreams and ambitions keep the reader interested. For example, this is a beautifully written part of D.J.’s monologue from early in the book:

“My place wasn’t much. I couldn’t afford much, but the view from this rooftop, it felt like I was in on a secret that no one else knew about and it was a little piece of heaven. It was my place of solace. It was peaceful, beautiful. It was where I wrote, cried, laughed, and got drunk. This rooftop knew my greatest victories and tragedies. It knew what kept me up at night and what my heart longed for. It has felt the stain of my tears and listened to the echoes of my laughter. This rooftop knew me far better than any human could. It was where I released all my emotions. It was where I was me, where I took off my masks and could just be.”

Unfortunately, occasional bursts of profundity are not enough to save this novella. When D.J. is totally alone, the story is well-written, but the instant she has to interact with another character either verbally or physically, the story grinds to a screeching halt; this additionally applies to any external interactions between other characters. Dialogue is wooden, character development is inorganic, reactions between characters are unnatural and robotic, and sex scenes are clinical and cold.

In truth, the most grievous error comes from the utter lack of a consistent narrative. For the first quarter of the book, the story, though sometimes reading like thinly-veiled L Word fan fiction, feels cohesive. The story line about D.J.’s attempts to keep her many flings from knowing about each other while maintaining a hectic job with a demanding boss is standard light romantic comedy and holds together well. Sadly, almost immediately after that, the story takes a sharp left turn that it never recovers from. Instead of a narrative, the reader is treated to a series of individual and oddly paced scenes, often punctuated by random homages to real-life events, and equally random sex scenes. Without strong characters or a coherent narrative, the reader is left adrift in a sea of letters on a page with barely anything to anchor them to the book.

My personal bias aside, if light LGBT realistic fiction with a fair amount of melodrama is something that you enjoy, you might love this book.

The Closet Chronicles is being published by Sapphire Books–a company that is “dedicated to quality outcomes that respectfully reflect the lives of the lesbian community.” The book, which comes out soon, is available for pre-order directly on their website here. It is also available through Amazon and Barnes and Noble. Check it out and let us know what you think.