“It Would be Funny if it was not so Sad”: A Coming Out Story 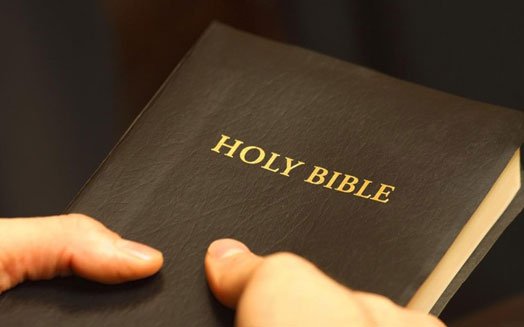 I am nearly sixty years old. I was born in Tasmania, Australia. Number seven of eight children. I look different from all the rest. I am red-haired, green-eyed, and short. They are all tall, blue-eyed blondes. Everyone always joked that I was the milkman’s child, but for some reason, my mother hated me, and I suspect that I was conceived by rape.

As a baby,  I never bonded with her, as she ignored me. My earliest memories were of her leaving me outside at night, with the dog. I must have been under two. My ‘father’ had started sexually assaulting me from before I can remember. He was a drunk. My mother would put me into bed with him, and she would sleep through it. There was an uncle involved as well. I was taken with him on the back of a motorcycle when he went drinking, and left with my little sister outside the pub. My mother would beat me with a broom for breathing too loud. We were not fed, washed or taken to the hospital for broken bones. They were Pentecostal church attendees, very involved and loved at church. No one knew what was going on, and if I was too injured, I just didn’t have to go to church.

When I started school at six years of age, I had no idea what numbers or colors were, as I had never owned books or toys, and no one interacted with me except for the abuse. At church I had heard that homosexual men wore white socks, and they were going to hell. I thought it was odd that a choice of socks could send you to hell. As for lesbians, not a word.

In grade two, seven years of age, we were instructed to ask someone we liked to a school dance. I chose a girl that I adored. She got very angry, and told everyone I was mad, as well as smelly and strange. I also loved my female teacher, I had a crush on her. I stupidly mentioned to someone at home that I was going to marry her. I was told only boys can marry girls (and ride bikes). So I said “well, I must be a boy”, and cut all my hair off. I was beaten, and told my future involved marriage to a man and babies, and what a pretty little wife I will be (my father said). I was told there was no such thing as girls loving girls. I had no sex education until about sixteen years of age. Wasn’t allowed friends or to go out, except for church. Never ever did I hear the word lesbian. I continued being attracted to females, not knowing that was even possible, believing there was a fault with me, and that I was as mad as they said. So I ignored it all, and married the first young man who showed me what I thought was love, at eighteen years old.

He was very controlling, becoming abusive as the years went on. It is hard for anyone to believe how sheltered a life in a church can be. Not allowed to read anything but the bible, no TV or radio, and no friends who weren’t Christian as well. No talking to boys. Knees covered. No trousers. It would be funny if it was not so sad. He never bothered with pleasure for me, and I didn’t expect it. I had no idea what an orgasm was. When we married, I was madly in love with a girl where I worked, but didn’t understand why. I hated sex, but thought it was because of the abuse as a child. I had three sons, who have grown into wonderful young men. I left my husband and the church when he decided to “spice things up”– as I was so “frigid”– by sexually assaulting me regularly. A good Christian as well of course. I was told by my church ministers it must be my fault for not satisfying him, and to be more subservient as he was God’s representative.

My sons and I left with nothing. He got everything by being underhanded with the courts. When I was out of the church, I found out that I wasn’t unusual. I went back to school and became a nurse. I met other women who loved women. I was amazed! I had been so isolated all my life from the real world. One day when I was forty, talking to my best friend who was a lesbian, it hit me like a shower of cold water what I was, and always had been! A lesbian. It was a shock, but it was the best feeling ever. My friend had already assumed I was, so had others who had met me. But because I never knew it was possible, I truly had no idea.

Anyway, my sons were not surprised. They are very supportive. One of my sons was recently the best man at his lesbian friend’s wedding, and my oldest son is bisexual. I have had problems with relationships, preferring to be alone these days, but almost all of my few friends are lesbians, and I am home when with them. I always wonder what would have happened if I had gone and done my nursing degree at eighteen, got some life experiences and education, instead of marrying that bastard and doing what was expected of me.

Want to share your story on LOE? Submit it to editor.lesbiansovereverything@gmail.com