Straight Dudes Just Don’t Get It 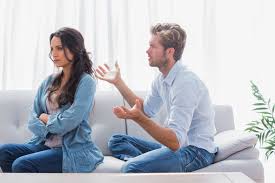 I met this guy named Kevin when I was in college. He wasn’t terrible to be around, but the fact that he always had weed that he was willing to share was what really sold me on the friendship.

The free weed thing was the reason I didn’t immediately stop being friends with him when he declined my invitation to a Tegan and Sara show with a text that said “No offense, but I don’t really want to be surrounded by a bunch of gaylords and taco munchers.”

Strike two was when, months later, he sent me a text saying that he was thinking about my ass. I told him to stop being weird, and we got past it.

The final straw was when, a year later, he sent me a text at approximately four o’clock in the morning saying something along the lines of “Do you want to try d**k for once? I eat mad pussy. I can be at your place in 35 minutes.” I woke up, read the text, rolled my eyes, and went back to sleep. The next day, our friendship was over for good.

Why am I bringing this up now?

It’s because most straight men can’t seem to wrap their heads around the fact that some women–namely lesbians–simply have no interest in ever sleeping with them. They think maybe if they’re nice enough, or handsome enough, or if they can “eat mad pussy,” that they will be our one exception. It’s so incredibly egotistical and tragic at the same time.

If you’re a lesbian, and you have a male friend who makes sexually suggestive comments towards you, it’s time to stop overlooking them and break things off with him before the situation gets even more uncomfortable. If you’re a straight man (or a man who is otherwise attracted to women) and you’re reading this, I want you to know that despite what you might have deduced from the movie Chasing Amy or from that A$AP Rocky song, lesbians have no interest in sleeping with you, and let’s face it, you will never be a lesbian’s one exception. You’re not that special.