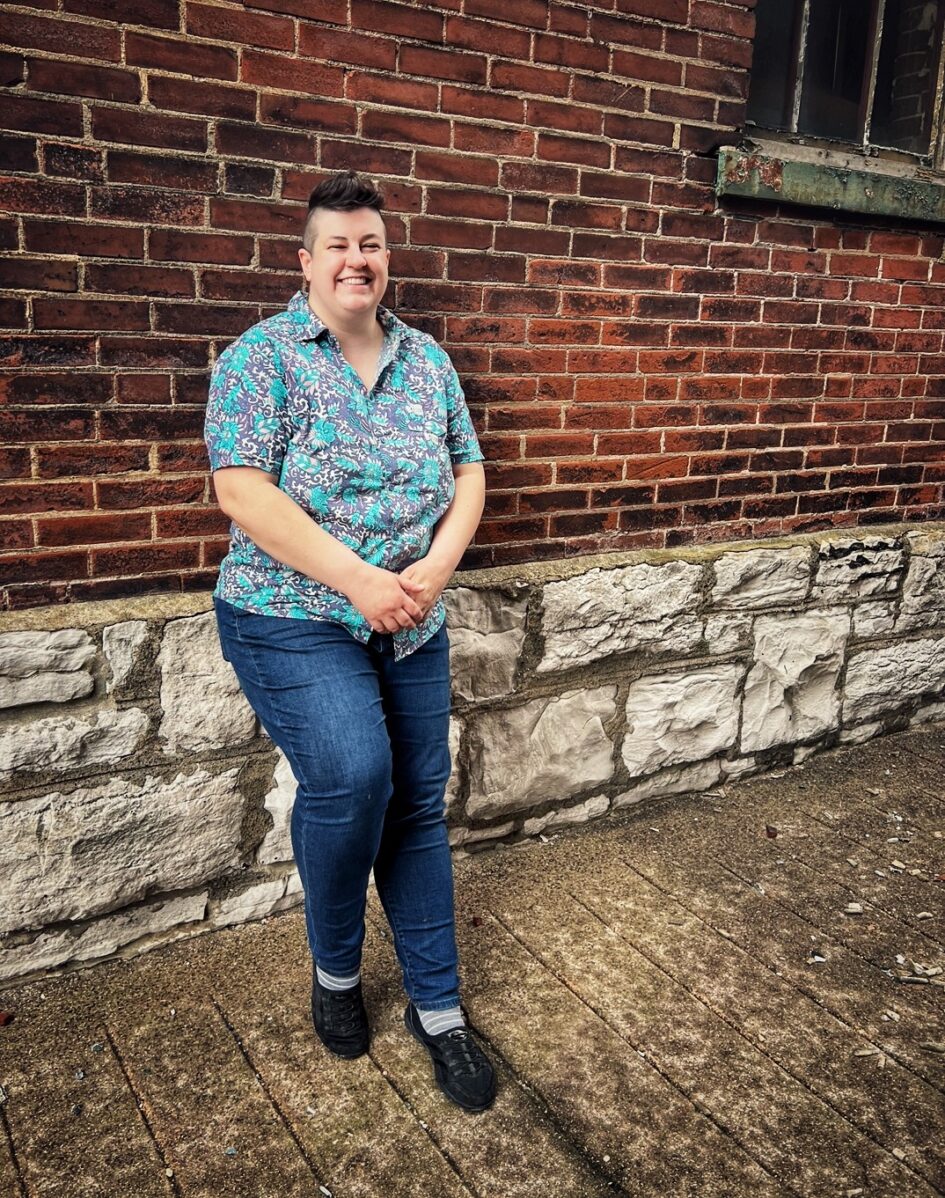 In celebration of Lesbian Visibility Day, here are five real life lesbian adults who are out, proud, and living their best lives.

I’m a creative and outdoors kind of person. As a middle child of five, I discovered that I had to find my joy doing things that took me out in the open air.

Sometimes it got really crowded in a family that size, so the outdoors was where I could spread my wings. I could go anywhere on a bike, so I’d get on mine and set off on all sorts of adventures.

I‘m not a football, basketball, or baseball fan, but I do appreciate extreme sports like skateboarding and mountain biking. These days, I land-paddle on a 59” longboard or ride my eScooter when I’m feeling it.

I am a creative who illustrates the stories of my life. I am a lesbian, who is out and proud, a lover of the outdoors, and a survivor of breast and uterine cancer. All my life experiences have blended together to create the person that I am.

I’ve just finished a PhD on Freud, Ideology, and Indeterminacy at Kingston University in The UK. I’m a socialist and co-founder of a campaigning group called Lesbian Labour. Our aim is to defend the interests of lesbians within the labour movement as a whole and inside the Labour Party.

I try to travel as much as possible. I’ve visited 25 countries so far, and somehow I’ve been to more places outside Europe than within. My hobbies, if any, are probably reselling sneakers, podcasting, and following the UFC. I plan to start training in Brazilian Ju Jitsu and one day complete the Tough Mudder (ambitions that will require much more fitness than I currently possess!)

In the future, I hope to propose to my long-term girlfriend, publish my PhD thesis, and bamboozle the unsuspecting wider population with it.

My life doesn’t look anything like what I envisioned when I was 15, or 18, or 21, but truth be told, I don’t think I would have it any other way. In 2017, I graduated from college with a BA in film and animation, and immediately started networking and self-promoting, trying to get a job in a big studio. After years of sucking up to studio bros and conforming my art to their standards, my mind eventually snapped and I turned to independent freelancing instead. However, I found the unpredictability and competitiveness of freelancing to be utterly draining, and that also fizzled to a stop. Initially, this felt like failure, but my life turned around in a surprising way. I moved away from the commercial art world, and now I have a stable job that I enjoy, that provides a vital service to people with disabilities.

I write and make art and daydream on my own time, in my own way, and as a result I’ve rediscovered the creativity that was starting to shrivel up from the pressures of freelancing. One of my biggest joys in life is connecting with other women and learning about their struggles and life experiences. The wisdom that I’ve learned from older generations of women has transformed my life, and it’s especially healing for me on a personal level since I lost my mom to cancer when I was five. The last two years have been surreal; while on some level, I’m definitely enjoying dedicating my free time to video games, horror movies, and science nerdery, I’m looking forward to going out into the world again, now that I’ve had some pandemic hibernation time to reassess and rebuild.

I have loved dogs ever since I was a little girl. My first word was the family dog’s name, to both my parents’ disappointment. Growing up, I had all kinds of dogs… Cocker Spaniels, German Shepherds, Jack Russell Terriers, Mutts, Yorkshire Terriers, you name it.

When I got older, I learned that fostering dogs was an option. I started volunteering for a rescue, and it became my passion to help save and rehome as many as I could. Sometimes I get a dog that has already been a part of someone’s family and just needs a little love to help deal with the canine equivalent of a broken heart, and sometimes I get to teach a traumatized dog how to be a pet.

It gives me so much joy to see my fosters blossom, to know I made a difference in each dog’s life. It is bittersweet when a foster companion leaves. Sometimes I miss the dogs so much, but at the same time it’s fulfilling to know that they are getting a second chance in life. Dogs really are the only true love that money can buy.

I’ve been a big reader and writer ever since I was a little kid. At age 10, I named my first diary Jo and wrote as if I was talking to the character from Little Women. I devoured Nancy Drew, historical fiction diaries, and a ton of science fiction. I wrote stories as a kid about dragons and fairies and lava monsters. In college I loved my creative writing classes, especially poetry. When my emotions get so big that I don’t know what to do or say, I can put pen to paper and somehow everything arranges itself into pretty lines. Even if the words aren’t so beautiful, they are powerful. The magic of it is that after I’m finished, the overwhelming parts of my feelings stay on the page. I can put them down but I can also pick them up years later and reach through time to see how frustrated I was at 22 or how happy I was in 2015.

I went through a rough patch and didn’t have the spark to write for a long time. I wrote maybe one poem a year when I felt something really big, but the rest was just pushing through. In 2020 I read my old diaries and poems and realized how much I wanted to keep that window to my past experiences open so I started keeping a diary regularly again and now I’m returning to poetry as well.