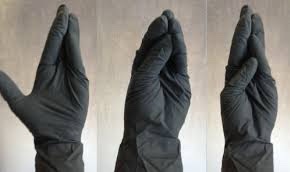 My fears were mostly laid to rest upon arrival. Everyone was hot, yes, and there were people of all sizes and people of color, and boy I cannot stress enough how hot everybody was. Luckily, a woman that I knew already was also attending. We talked about things beforehand and that made me feel much more at ease. Other than that, just me and a bunch of hot strangers.

Real smooth, I know. To be fair, people laughed but boy was that awkward.

Not to brag, but I was awarded ‘Most Helpful Slut’ and got a metal wand-shaped flogger as a prize. The second I heard that the title was up for grabs, I knew it had to be mine. I was also tickled when the organizer said that I would make a wonderful service sub someday, and I’m only a little embarrassed to be sharing that on the world wide web.

A) The collective average hotness of the attendees

B) The variety of sex toys available

The answer…is none of the above.

It’s friendship. With C as a close runner up.

I didn’t know what to expect going into this. Part of me was half anticipating some kind of dark, spooky sex dungeon that we’d be locked in for a weekend. Another part of me was wondering if this was some kind of ploy to sacrifice a bunch of gays to a demon a la Jennifer’s Body. What I wasn’t expecting was meeting a group of cool new friends, gathering around a vulva-shaped charcuterie board, jumping into a lake, and just having a really good time. We even went antiquing the next weekend!