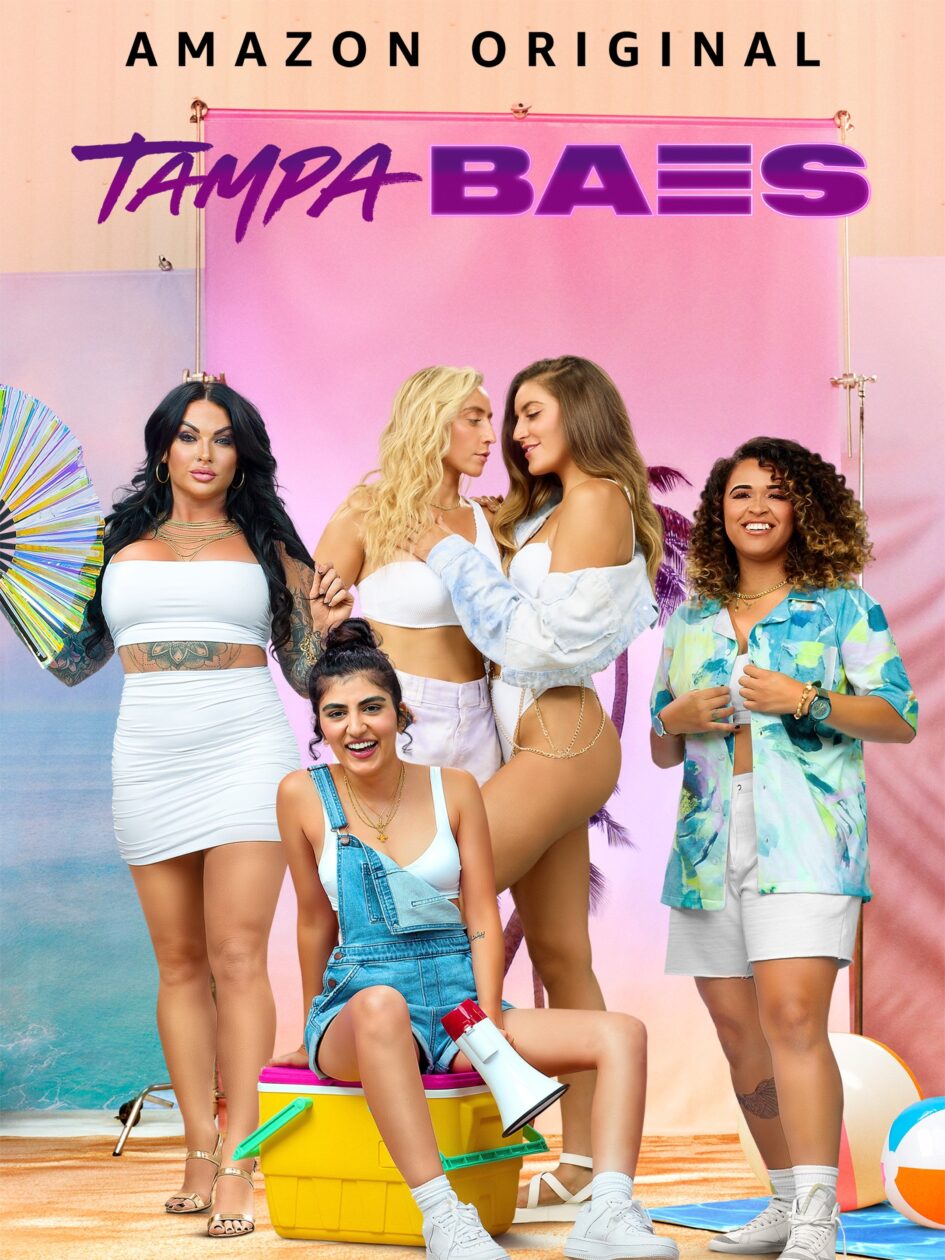 Tampa Baes follows the lives of a group of lesbians in Tampa Bay, Florida. It has all the petty drama and trashiness that you can expect from any other reality TV show, but this time, lesbians are at the forefront. I’d say “yay” for representation, but the average dyke probably can’t relate to these people and their ridiculous problems.

Seriously. 80% of the conflict in the first episode boils down to the fact that Hayley and Brianna–the self-proclaimed “queen bees of the Tampa lesbian scene”–are throwing a party at their cool house (which they’re low-key always bragging about), and another couple, Summer and Marissa (but mostly Summer) are salty about it. So they convince all the party-goers to dip out of Hayley and Brianna’s function early and head to a bar. Which is like totes rude, okay?

The rest of the conflict in the episode comes from the messy dynamic between Cuppie and Shiva. Cuppie, who sounds exactly like Lola from Big Mouth, is a nurse AND strip club bartender who has recently moved back to Tampa to reunite with her friends. Shiva is basically obsessed with her. Cuppie occasionally makes out with Shiva when she’s bored, but has made it clear that she doesn’t want to date her. Shiva, a glutton for punishment, keeps going back for more.

Mack gets an honorable mention, because she’s cute.

I hope we get to see more of Mack in future episodes of Tampa Baes, because you guessed it, I will in fact be watching the rest of this steaming pile of garbage for shits and giggles. If you’d like to join me in this fruitless endeavor, season 1 is now streaming on Amazon Prime.