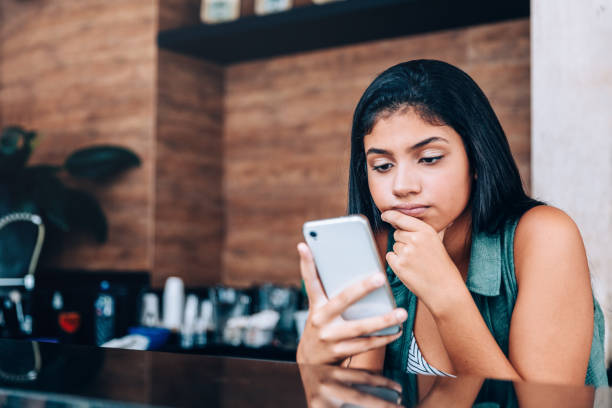 Lesbians love online dating. Considering the dwindling number of physical lesbian spaces, it’s not like we can consistently find each other out in the wild. It’s also much easier to curate our dating experiences by only swiping on those who meet our exact specifications. I can tell you how many times I’ve gone out and exchanged numbers with someone who didn’t meet my expectations later on. It’s zero! Mostly because I’m afraid to talk to women, but you catch my drift–it’s hard meeting women in real life for a myriad of reasons. Dating apps just streamline the process!

In the age of online dating, ghosting has become something of an inevitability. Whether you ghost or have been ghosted or (most likely) both, it seems to be just another part of dating in the modern era. Ghosting, for the unaware, is the act of ceasing communication with a person without giving reason. Generally, it’s a prospective romantic partner or occasionally a now ex-friend, but anyone can be ghosted. I once even ghosted my therapist!

Though I cannot read the minds of those who ghost as to the ‘why’, I can attest to my own reasons for ghosting. Yes, I admit it, I ghost. I’ve also been ghosted my fair share. Is it karma? Possibly, but at least I have rules for when not to ghost a person:

I ghost when I feel like our conversations are going nowhere, I ghost if someone is too forward with me, and I ghost when I find someone else that I see more potential in. It’s shitty, I know. I’m sure others have felt these same ways about me! Sometimes I’ll even ghost if I feel like someone is just too hot for me.

If you’re reading this and I’ve ghosted you, that is the reason why.

As for why other people ghost me, I like to think that maybe it’s because they met the love of their life, or they’ve suddenly gotten wrapped up in their dream job or that I’m too hot. Really crossing my fingers on that last one.

One time I went out with a woman that I quite liked, and she ended up ghosting me after our first date. I was pretty bummed, to be honest. But I was way more bummed when I ran into her at a lesbian event with another woman.

Ghosting hurts feelings. Although I’ve become somewhat numb to the experience, it still stings when it feels like things are going well with somebody and they suddenly disappear. Did I say something wrong? Were they disappointed by my appearance outside of my admittedly highly angled selfies? Am I too hot? Did they die?

While being ghosted sucks, I actually almost prefer it to finding out exactly why things didn’t work out. It leaves room for the imagination. I don’t think I could handle getting a comprehensive list of my flaws or ways I misspoke or an acknowledgement of how I ate most of our shared appetizers in addition to a “Goodbye forever!”

When I get ghosted, it’s just kind of…well, alrighty then!

Could we be better to the women we just aren’t interested in? Definitely. Confrontation is a scary thing. It’s much harder to say “I don’t see this working out” than it is to say nothing at all. It feels better to have closure than it does to be left hanging. Ghosting is an unfortunate part of modern dating but it’s also a choice that we make for ourselves.

Maybe my New Year’s resolution will be to stop ghosting… sure beats starting a new diet!