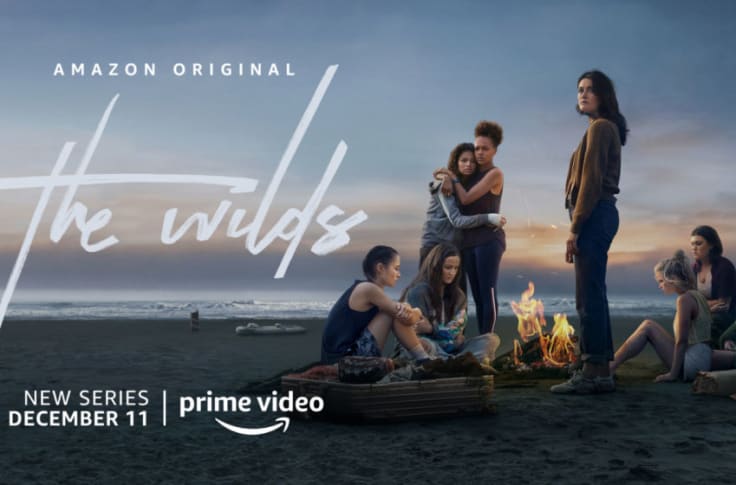 In this Amazon original series, a group of teenage girls get stranded on an island when their plane crashes on their way to an all-female retreat in Hawaii. Early on in the series, it is revealed that things aren’t as they seem, and unbeknownst to all but one of the girls, they are subjects in what I can only call the world’s most insane team-building exercise.

If you endure the first episode which focuses on Leah– a girl whose entire reason for being sent to the retreat is that she’s really sad over some adult male loser who no longer wants to date her– you will be rewarded with nine glorious, binge-worthy episodes that shed light on the other girl’s lives before the plane crash as well as their interactions with each other as they fight to stay alive on the island.

In addition to Leah, the other six characters in this ensemble are: DOT, a former lone wolf whose penchant for survival reality TV shows comes in handy. SHELBY, the peppy, Christian, pageant girl, who is surprisingly endearing, and from the same town as Dot, although their paths hardly crossed before this. TONI, who is mad at the world because she’s had a tough life. MARTHA, Toni’s best friend, who only sees the good in people. FATIN, the rich girl who often provides comic relief. RACHEL, an athlete who is obsessed with excellence, and finally, NORA, the withdrawn nerd who is most defined by her love for her older sister Rachel, and her need to protect her.

The show is so well done that it borders on addictive, but if you need one more reason to watch The Wilds, here it is — Toni is a lesbian. She hooks up with one of the other girls (I won’t spoil it by telling you who), and the writers bless us with the following scene in which she demonstrates the proper way to eat um… mussels.