Out on the Town: Cherry Bomb’s Summer Pool Party 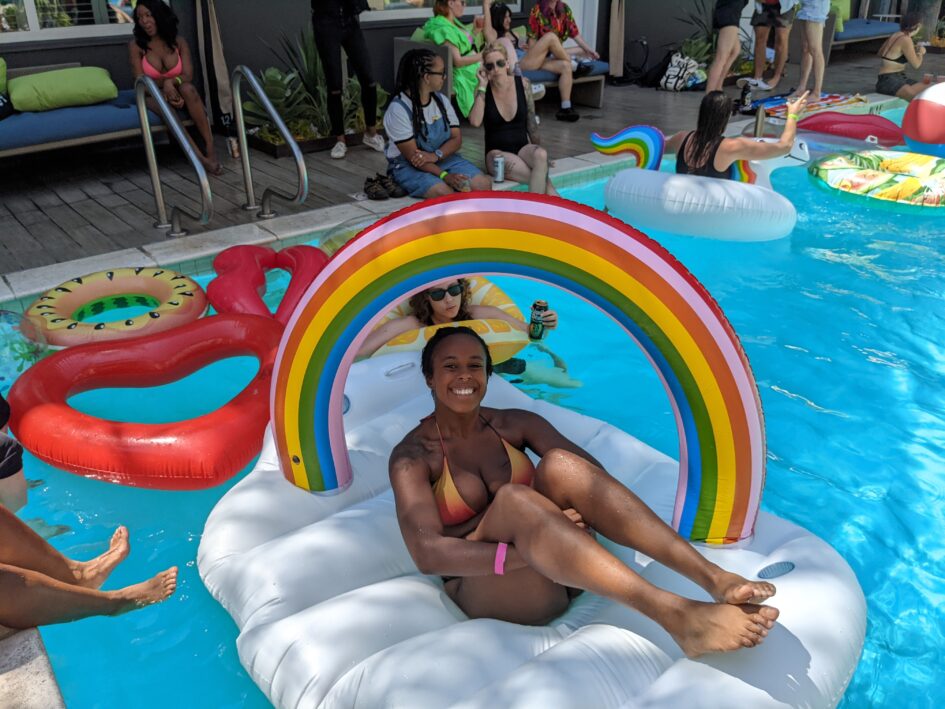 It’s been three years since I last wrote an Out on the Town piece. It’s been almost as long since I last went to a lesbian event, and that’s saying a lot because when I was between the ages of 21 and 24, I went to EVERYTHING. Maybe my hiatus was pandemic-related or maybe I’m just getting old. Either way, I recently went to a party for the first time in forever and it was really fun.

An instagram ad for Cherry Bomb’s pool party caught my attention because there are only a couple of things that I like more than pools and swimming in general. Also, it’s oppressively hot in LA right now. A quick scroll through Cherry Bomb’s instagram page assured me that their events are mostly attended by lesbians and bi women, so I bought a ticket to the party and invited a few people, including my homie Kyra who hasn’t left the house since she got puppy a couple months ago.

I’m essentially 60 years old, so one of the things I was most excited to learn when we drove up to Hotel Ziggy for the event was the fact that there was a parking lot directly across from it that only charged $2 per hour. Cheap/ easy parking in West Hollywood? My mind was already blown!

Add in the absolute bangers being played by DJ Kara, the friendliness of the attendees, and the Cherry Bomb Baes tearing it up on the dancefloor, and this party was easily a huge success.

It also didn’t hurt that the pool at Hotel Ziggy was 8 feet deep as opposed to one of those little 4 ft tubs that pool parties in LA are notorious for having.

As we drove back home from the party, everyone kept talking about how much fun we’d had, as if we were actively shooting a Cherry Bomb ad (I wish). My friend Kyra was so happy that she had decided to come check it out, and I have to admit, I was too.

out on the town, Uncategorized