Out on the Town: HER Winter Party 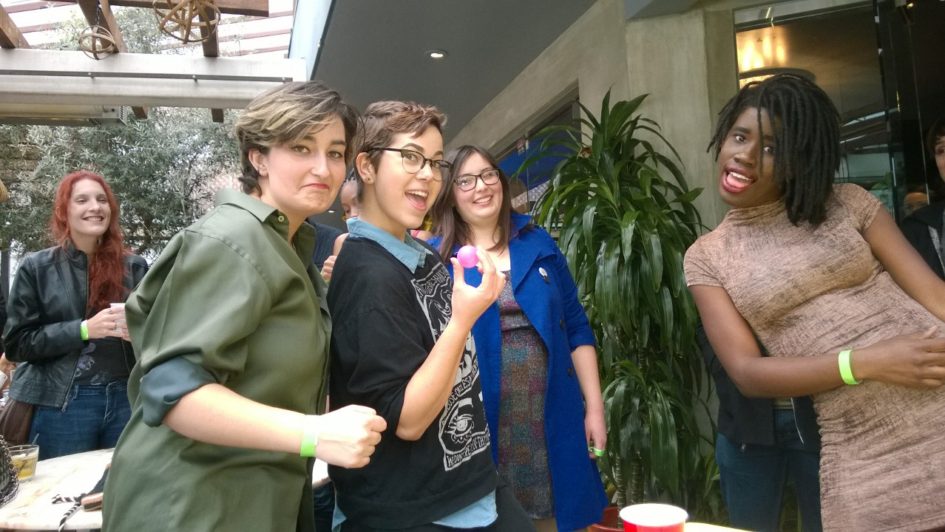 The HER app had their second LA area event at Madera Kitchen in Hollywood this past Sunday. I attended the first event a few months ago and loved every second of it, so I immediately cleared my schedule when I heard that there was going to be another one.

It was a traffic light party. They gave out color-coded wristbands at the door. Green for the single people, yellow if it was “complicated,” and red for people in relationships.

The doors opened shortly after 2pm, and an hour or so later the venue was packed with lesbians. There were women that I had seen at “Falling for HER” in October, some that I had hung out with at Lezbowl last month, and some that I had met at local gay parties like Heartbreaker and Milk Milk Lemonade… everyone was there.

I feel the need to show you a picture of the first drink I got because it was a mimosa, but they substituted the usual orange juice for an entire strawberry popsicle, making it both one of the best and most lazily-prepared drinks that I’ve ever had. 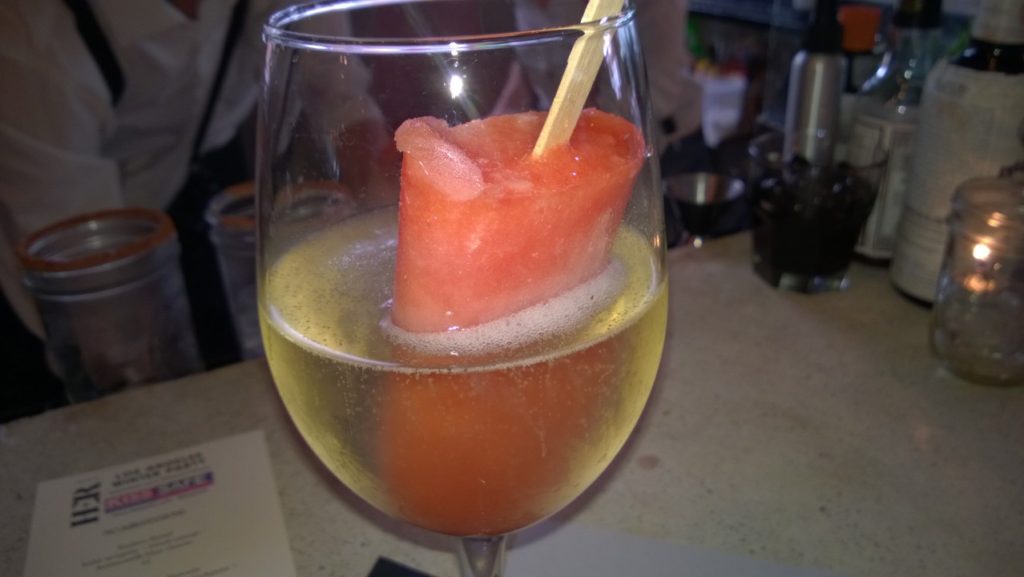 I lost a really close game of beer pong to a woman who someone had jokingly described as a “gay frat boy,” and then I made this super gay card before I knew that we were supposed to give them to other people: 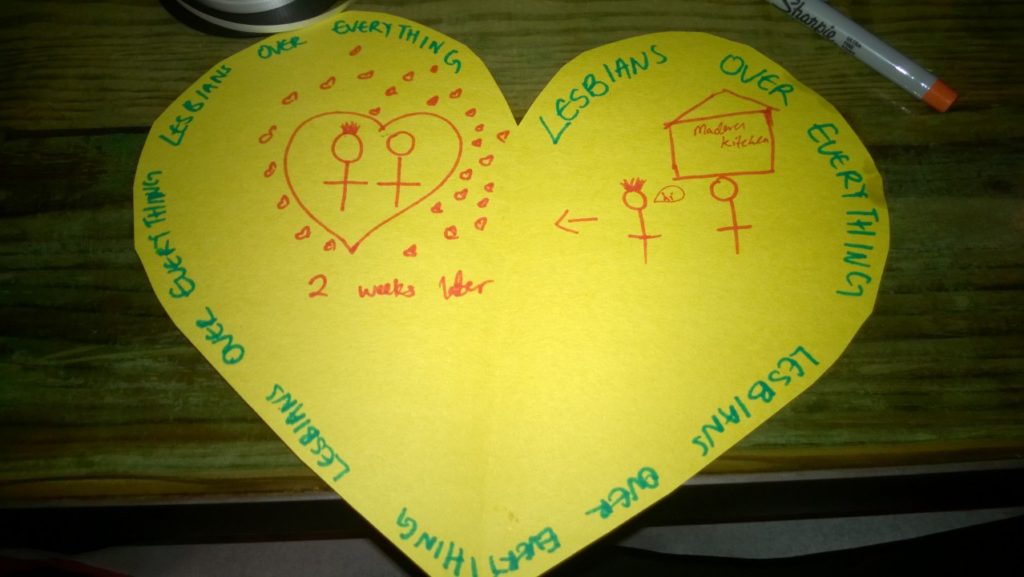 2 women fall in love in 2 weeks

Between dancing, drinking, and talking to people, it was hard to notice the time go by. All of a sudden it was ten o’clock, and a bouncer was kindly asking us to leave. 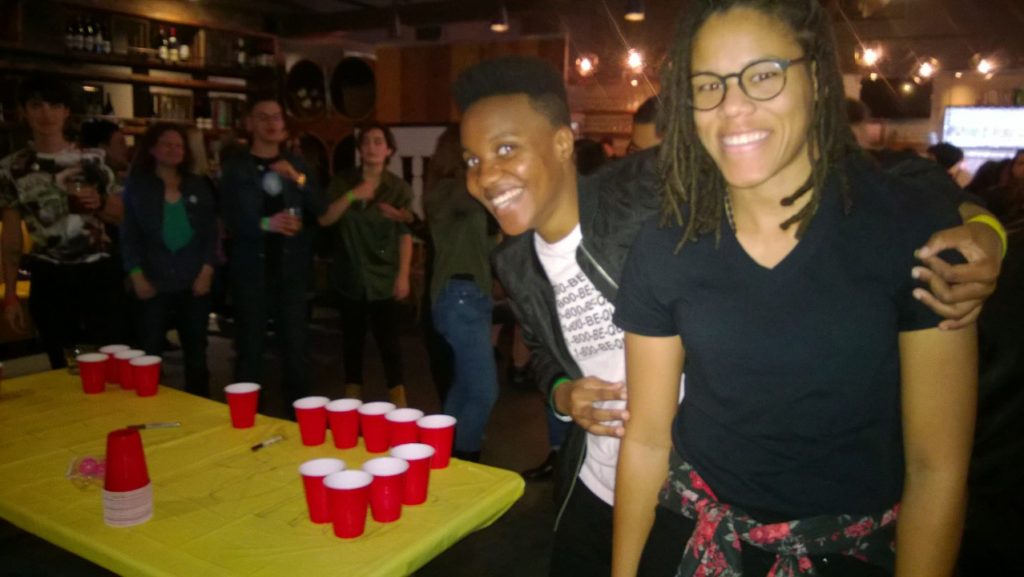 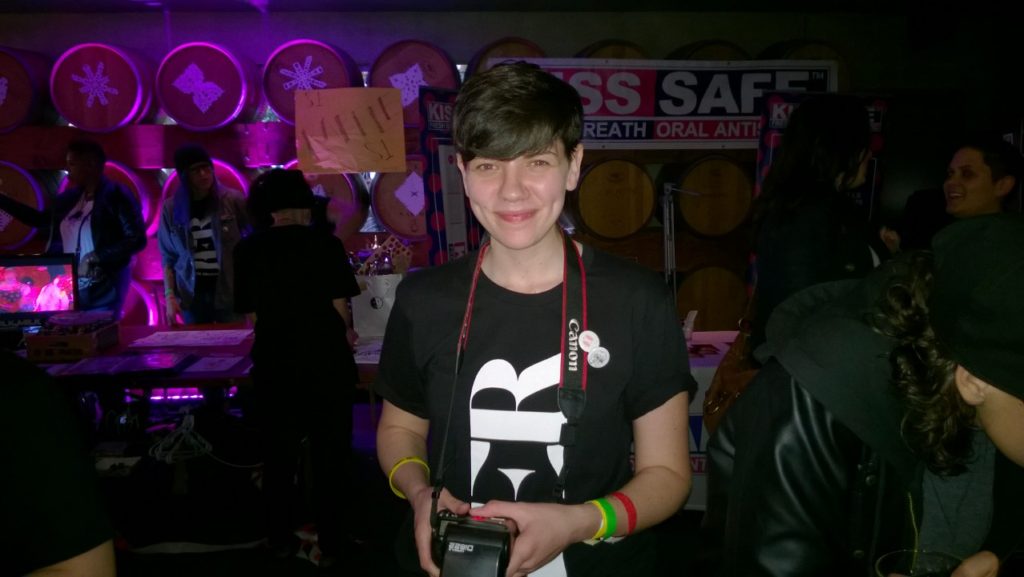 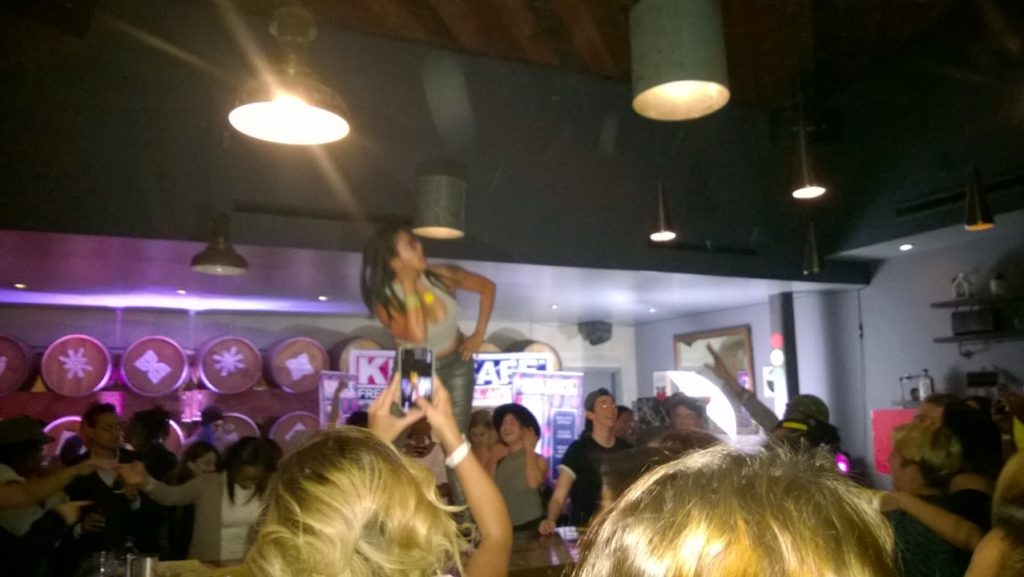 A person who started dancing on a table

A group of us walked to a nearby bar and spent the next two hours there. I’m not one to kiss and tell, so I can’t say much, but what I can say is that I have a date in a few days, and I’m looking forward to it.