Out on the Town: NYC Dyke March 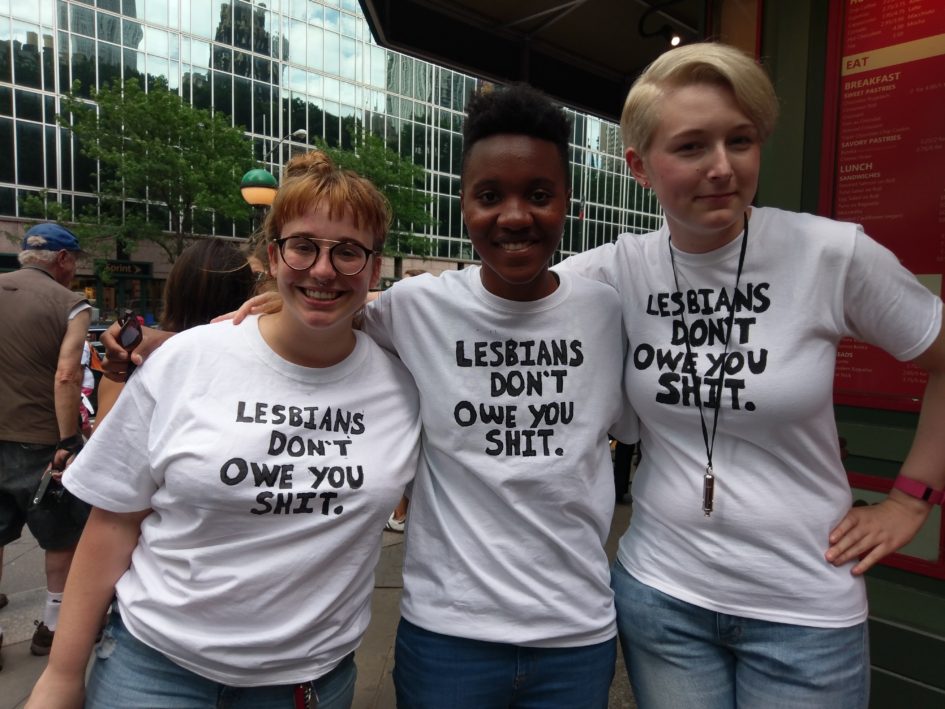 Last weekend, I went back to New York for the first time since I moved to Los Angeles three years ago. Part of the reason for my visit was to attend Dyke March in New York City.

Shortly before the march, I met up with two women from a lesbian Facebook group that I’m a part of. One of them had gone out of her way to make hand-printed t shirts for us. She had asked what I wanted mine to say, and I replied with “LESBIANS DON’T OWE YOU SHIT”. I wrote it in all caps because I want to scream those words at every entitled little shit who throws a fit whenever lesbians set any sort of boundary. Like say for instance “you can’t call yourself a ‘dyke’ if you’re not a lesbian” or maybe “lesbians should be allowed to have some events that are just for us, especially when we’re the ones who are doing the work and taking the time to create said events.” But I digress. 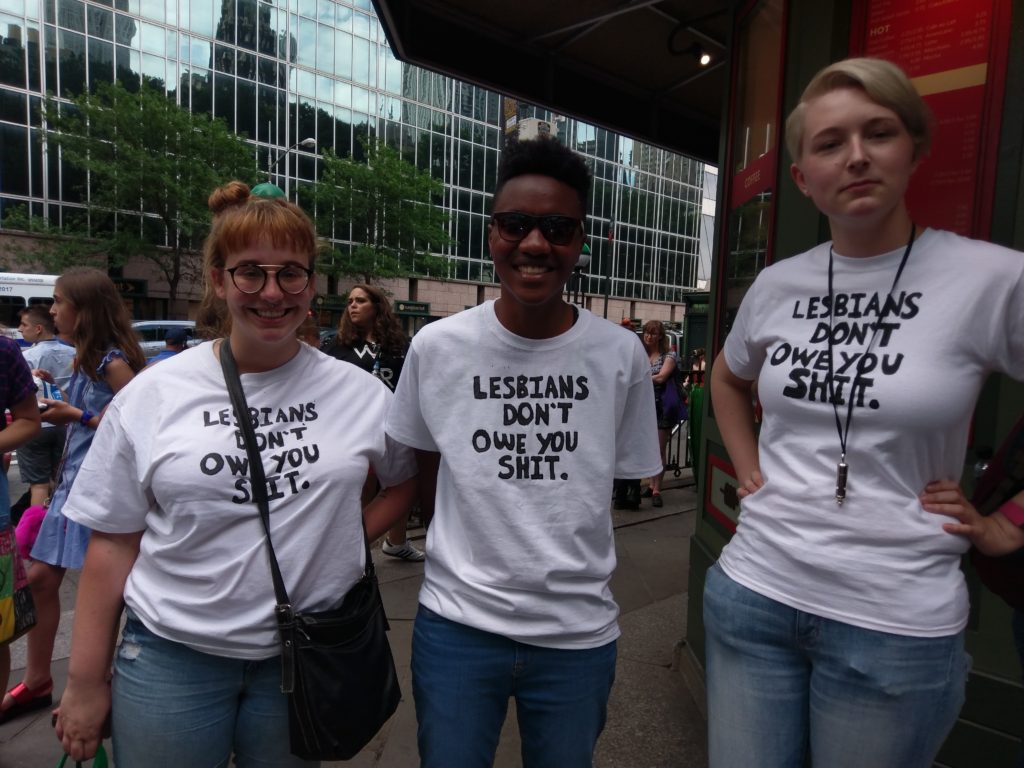 The march began at 5pm on Saturday, June 24th. Our starting point was 42nd Street- Bryant Park and our destination was Washington Square Park. The turnout was incredible. We marched alongside women who had signs that read “ANGRY DYKE”, “Stop Stealing Our Haircuts”, “Show Me Your Titties”, and “My Super Power is Making Straight Girls Wonder”, to name a few. 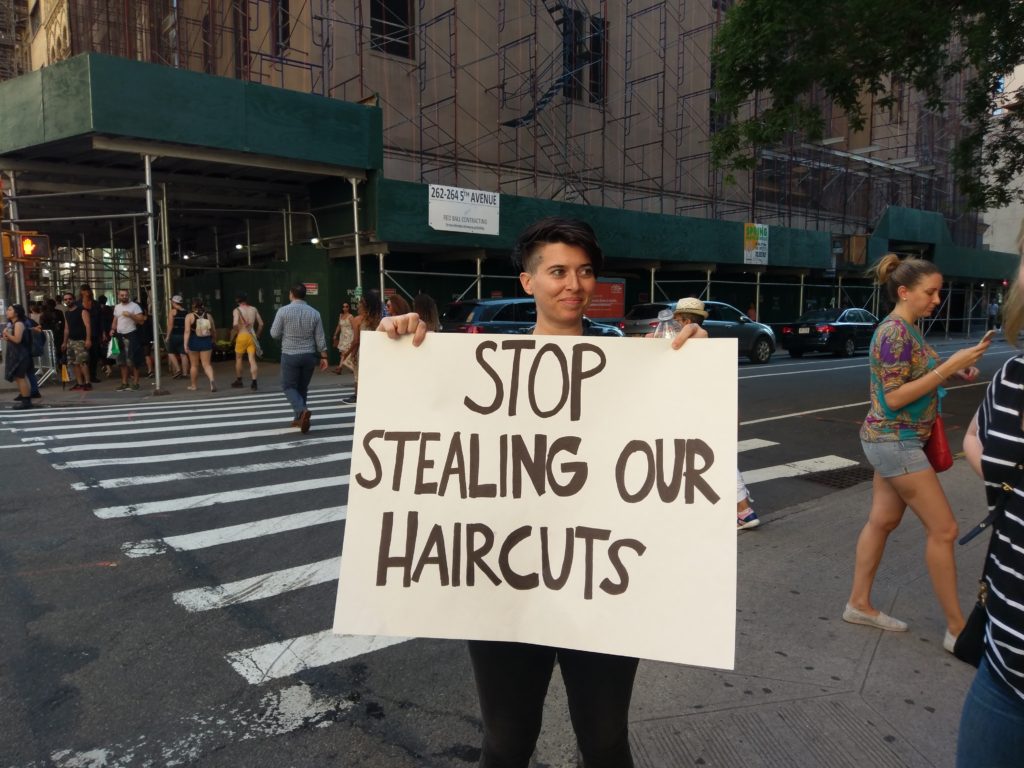 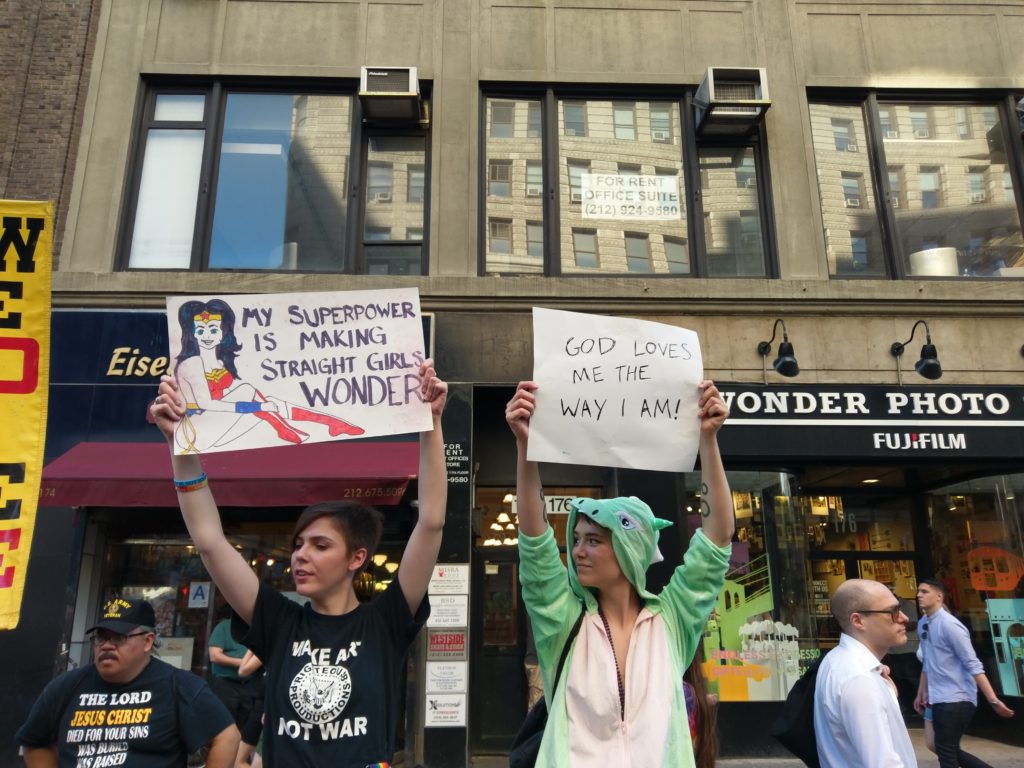 It’s not a pride event if there aren’t assholes on the sidelines yelling something about Jesus or the bible or how the gays need to repent from our evil ways… but the dykes in NYC weren’t having any of it that evening. Some women stood in front of them and blocked their posters with umbrellas, while others drowned them out by singing a song about how Mary (the mother of Jesus) was a dyke. 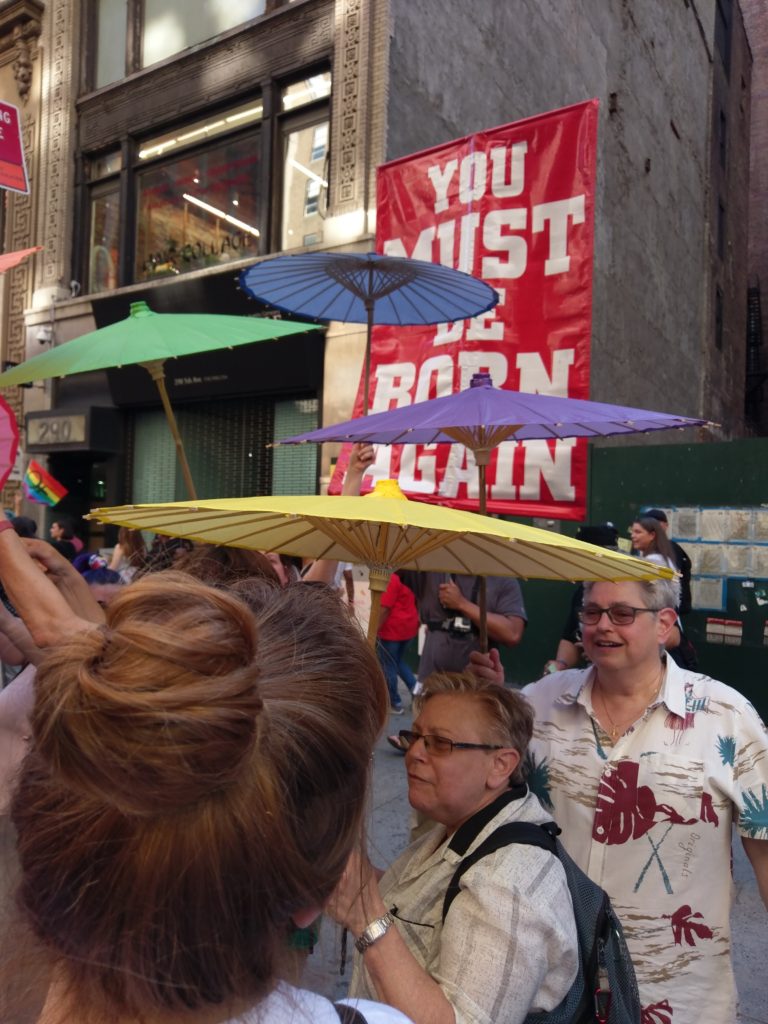 We marched for almost two miles, all the while, the dyke scouts (event volunteers) ran up ahead of us and linked arms at intersections to keep us safe from incoming traffic. In true NYC Dyke March fashion, we marched with no permits and no sponsors. We made ourselves visible, and we had fun doing it.