Out on the Town: Women Fuck Shit Up Fest 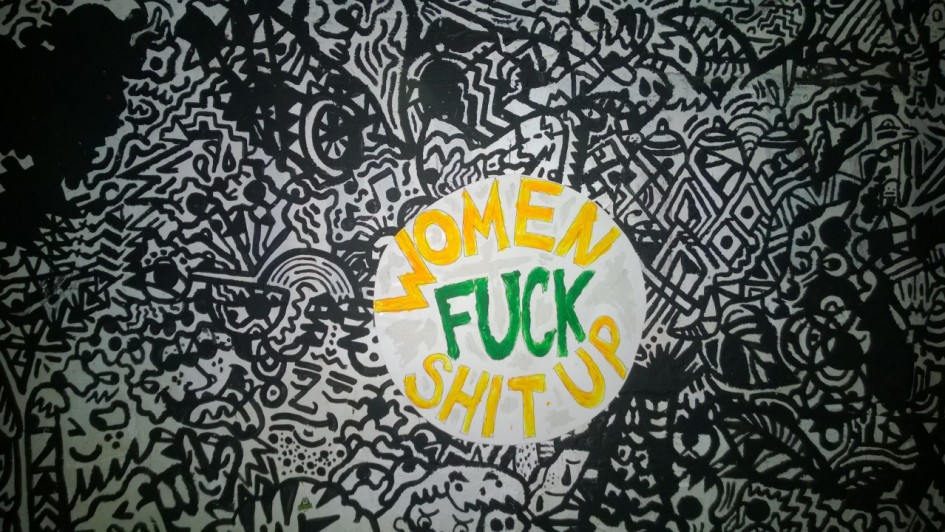 According to the description on their page, “Women Fuck Shit Up Fest  is a do-it-yourself, all-inclusive festival that seeks to create a safe community for art and music [for] female identified individuals. The fest strives to empower a community of women to be powerful, confident, intelligent and fun.”

It’s a two-day event, but I only bought tickets for day one so I could scope things out. I had never been before. It was held at a venue called The Smell. I arrived at the address that was printed on my ticket, but it was an automotive shop, and it was closed. After asking three different people where The Smell was, I found it in the alley behind the auto shop, and then I realized how the venue had gotten its name. 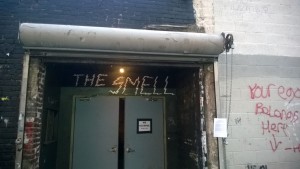 I was standing right next to a dumpster waiting for the doors to open when Gwen showed up. She’s one of the women from a local feminist Facebook group that I’m a part of. A few of us were meeting up at the festival for the first time. Charlotte was the next to arrive. Three others would be there later.

The doors opened at 6pm. We stood around aimlessly for a while, and then we went to Gwen’s car to kill time. The first band was almost through with their set by the time we got back. The lead singer and the bass and trumpet players looked as if they were fourteen years old (it was an all-ages venue). They finished playing a song that I had never heard and concluded things with a mash-up of songs by Beyoncé and Destiny’s Child.

The cool thing about the setup was that the venue had two stages–the main stage and a stage at the back of the room–so that when one performer was done, the audience could turn around and focus their attention on the next performer who would (ideally) be all set to start playing music on the other stage.

The other three women showed up when the third band was almost through. It was a little past 8pm and I wondered if I could stay until 11 when Allison Weiss— a.k.a the only artist on the lineup that I was familiar with– was set to perform. 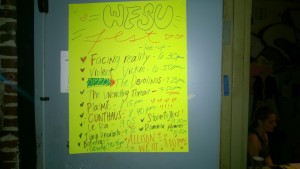 The show still had a long way to go, but we were starving, so five of us walked to Umami Burger on Broadway and 9th where we were met with great food and a friendly server. Charlotte left after we ate, and then there were four.

We all felt a lot more relaxed around each other as we walked back from 9th street to 3rd. I know this because we started singing out loud as we made our way down the street. We sang the chorus of Hotline Bling a few times, and then we moved on to a song by Third Eye Blind, and a few Tegan and Sara songs (of course).

Gwen said goodbye as soon as we got back to the venue. It was 10:58pm. I stayed behind with Deirdre and Rachel so I could see Allison Weiss. There was another band playing when we got there. Even though she was all set up by 11pm, Allison didn’t start until the other band finished at 11:15. 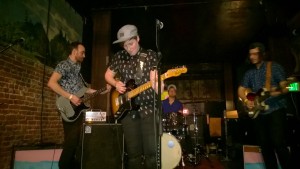 Allison Weiss was awesome as usual. Deidre and Rachel gave me a ride back home (after we walked around for a while trying to figure out where they had parked). All things considered, it was a good night.