Us Versus Them: The Erasure of Black Gay People 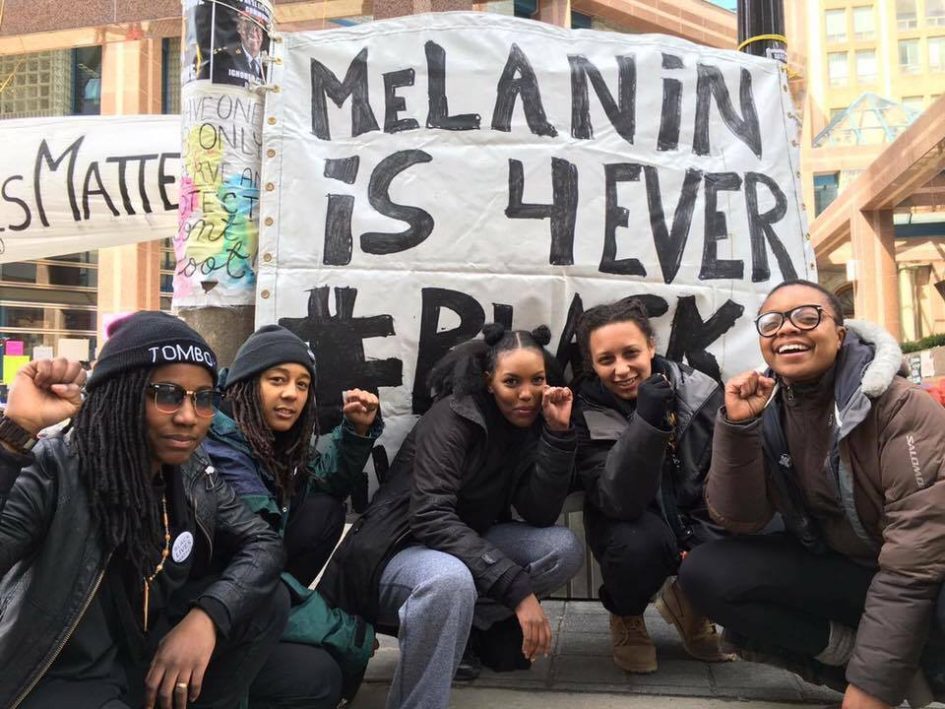 In 2008, after 52% of Californians voted in favor of Prop 8 (a proposition that made same-sex marriage illegal in the state), Dan Savage–a white journalist and LGBT activist–used unsubstantial information from a CNN exit poll to paint black people as the main perpetrators of homophobia and as the main reason why the proposition passed. It should be noted that exit polls only survey a small percentage of voters after they leave their specific voting place and are known to have larger margins of error than regular polls, but Savage made no mention of these facts. He seized the opportunity to portray black people in a negative light and to play a game of “Who Has it Worse: Gay vs. Black Edition.”

In the article he wrote–which had the damning title of Black Homophobia— he pit gay people against black people by contrasting the joy he felt about the election of the first black president with the grief he felt about the vote on Prop 8. He stated that he couldn’t help feeling “hurt that the love and support (from the black community) aren’t mutual.” He might have backtracked a bit after being called out, but nothing will change the fact that Dan Savage, a spokesperson for the gay community and a so-called “supporter of the black community” wrote these words:

I’m done pretending that the handful of racist gay white men out there—and they’re out there, and I think they’re scum—are a bigger problem for African Americans, gay and straight, than the huge numbers of homophobic African Americans are for gay Americans, whatever their color.

Notice how Savage mentions gay African Americans once throughout his entire article. Notice how he mentions us only in passing. We’re not the main focus here. No. Properly acknowledging the fact that there are people who are both gay and black would take too much away from the point of his article: which is that black people are homophobic and that gay people (read: white gay people) have it worse. That is the point that was driven across to all the white gay people in his audience who went ahead and left racist comments underneath Savage’s article.

Many white LGBT people are guilty of enforcing this “us versus them” mentality, this gay versus black thing. They make statements like “gay is the new black,” they compare whatever hardships they face for being gay, bisexual, or trans to Jim Crow Laws, and they imply or outright state that racism is over and LGBT rights are the next goal to be achieved. All of these things hurt, erase, and alienate black LGBT people.

On July 3rd 2016, members of Black Lives Matter Toronto organized a peaceful protest during their city’s Pride celebration. According to an article from the CBC, the Black Lives Matter activists held up the parade for about 30 minutes until the Executive Director of Pride Toronto signed a document agreeing to the group’s demands. Some of the demands were: no more police floats in future parades, a commitment to a permanent stage at pride for an organization called Black Queer Youth, and a commitment to more ASL interpretation provided by black interpreters.

You would think that most people would be happy about what BLM Toronto was able to accomplish, but that wasn’t the case. Some accused them of “attacking” the LGBT community and “hijacking” the parade. A lot of people couldn’t seem to wrap their minds around the fact that most of the members of BLM Toronto who protested at Pride are also, get this, members of the LGBT community. In their minds, it was yet another  black versus gay situation.

Kike Otuije, a black lesbian and a member of Black Lives Matter Toronto had this to say about the situation:

When people talk about how this was not our space to protest (it being the gay parade and not the black parade), it reads to me as dehumanization at its finest. Black folks are not people to them and so they cannot fathom the idea that apart from being black, we can be lesbian, or trans or gay or bisexual. And it dates back to so much in history and what continues to happen. The only sexuality that is allowed on black bodies is the one they give to us. Our women and men can be sexualized for their body parts, but once we dare to have an identity, to claim our sexuality, it’s confusing and they just can’t wrap their heads around it…

You see, in order to understand a person, you have to be able to see their complexities and engage with that. However, if you’re able to put them in a box and say “you’re just this one thing,” you only have one thing to engage with. SO when Black Lives Matter (a group who has a majority of members who are LGBT-identifying) comes out to protest the anti-blackness of Toronto Pride, you have people shouting ‘this was not your space to do this’. Where else, but the Pride parade  would be a better place for black LGBT people to protest the erasure of black and racialized bodies?

As a black lesbian, i’m literally expected to throw away one identity for the other. Sorry, but not everyone has that luxury. BLM Toronto led the trans march, the dyke march, and the parade and on ALL three days halted the parade and held a sit-in and moment of silence for our fam that we lost in Orlando. On the third day however, we sat-in and refused to go on until people start actually giving us space when we’re alive and stop waiting for us to die first. Pride Toronto has constantly cut from the Blockorama and BQY (Black Queer Youth)stages which are stages led by Black organizations and attended mostly by LGBT people of color. More black ASL interpreters are needed at these stages.

As a black lesbian, these are the only stages my whole self feels validated in. The South Asian stage was cut out this year. Police, who continue to brutalize racialized communities in and out of the LGBT community get to have a float in uniform, which makes so many of us feel unsafe. These issues are what BLMTO sat in for 25 minutes to protest and demand changes towards. Are the issues affecting the minorities and the racialized members of the LGBT community really less important than the illusion of inclusivity and the spectacle of happy people at pride? What is pride now that the political is being sucked out of it and what is there to be proud of?