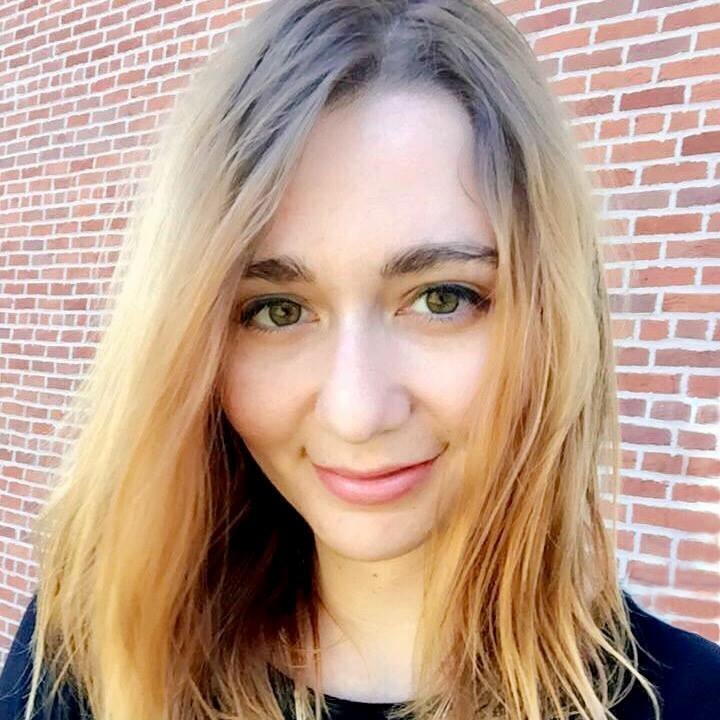 Amy Lauren is a poet from Mississippi who has published two chapbooks, Prodigal (Bottlecap Press) and God With Us (Headmistress Press). Her work appears in other publications such as Believe Out Loud, Sinister Wisdom and Lavender Review, receiving Pushcart and Best of the Net nominations in 2017.

Q: What’s the inspiration behind your latest book “God With Us”?

A: In December 2016, two progressive Lutheran pastors published a series of art prompts entitled “Fuck This Shit.” Each consisted of a controversial or provocative verse from the Bible with a prompt word such as “Bloody,” “Fractured,” “STFU,” etc. The pastors intended the prompts to inspire vivid art, music, and poetry. Many womanist, LGBT, and other progressive Christians participated on Twitter, and I joined in, writing poetry in response to the prompts. All of the prompts loosely related to the story of Christmas. Halfway through the season, it occurred to me that at the end, I’d have a chapbook-length collection. At that point, I wrote more consciously and edited for months afterward to submit the poems for publication.

Q: You’ve said that your collection “reimagines spirituality and faith from a distinctly lesbian perspective.” So I have to ask how?

A: As I responded to the above-mentioned prompts, I wondered how these archaic stories would apply to the life of a lesbian in 2018. Different themes began to emerge in my poems. For instance, the idea of seeing God in new places became very important to me. The story of crucifixion, a body violated, reminded me so much of the trauma that lesbians face. But in that same Bible story, women remain with the tortured Christ even after his male friends abandon him. This reminds me so much of the older lesbians in my life that have helped carry my trauma and not abandoned me after I was violated and most friends fled. And if God has been wounded, and humiliated, then those of us who have experienced trauma and ostracization surely relate to God even more than the privileged. The sacredness of the human body also stuck out to me as I read these Scripture passages, although I and many of the lesbians in my life have struggled with eating disorders because we are ashamed of the space our bodies take up in this heteropatriarchy. But if we are created in the image of a god, then is God not also a fat lesbian? So I wrote about the beauty of fatness, the sacredness of taking up space without guilt. Finally, because fundamentalists use the bible to oppress gay women, I took inspiration from verses about love to write about the blessedness of love between two women. I explored the idea of a relationship with a god not based on a hierarchy, not a top-down leadership, but an equal partnership between lovers as in a female-female relationship.

Q: How did you come to collaborate with Pamela Dodds , who features her art in your book?

A: Headmistress Press also runs a magazine called Lavender Review featuring poetry and artwork. The editor who accepted my collection for publication suggested that I browse the magazine online for potential cover artists. The work of Pamela Dodds struck me immediately as powerful, beautiful, and woman-centric. I found a piece that, for me, expressed the idea of God mirrored in the female body. Dodds so kindly allowed me to use her work at no charge! 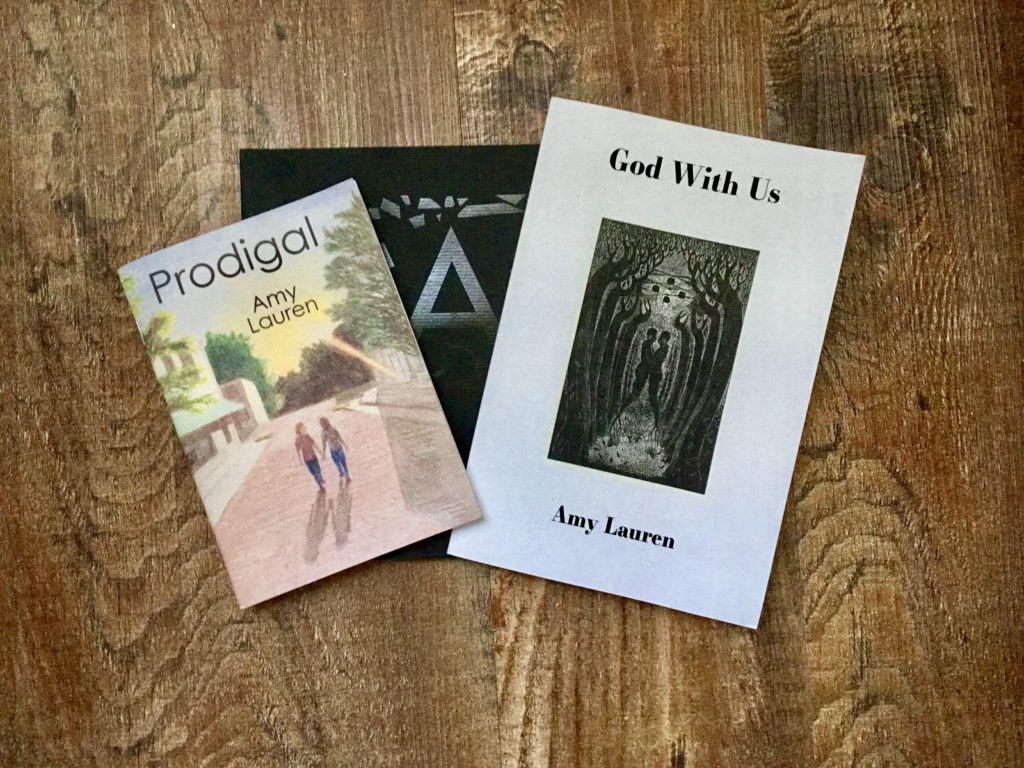 Q: What’s it like working with an all-lesbian publishing company?

A: I’ve loved everything about working with an all-lesbian publishing company. As one of their authors, I get to participate in their amazing Facebook group, where all the women are so supportive of one another’s work. There’s such a camaraderie and lack of rivalry among the writers – we’re all in this together. To be honest, although I really enjoyed the poetry I’d bought from Headmistress Press, I didn’t have much confidence that they’d publish me. The other writers seem so much more accomplished. But to my surprise, that press was the first to accept my collection. Unlike some publishers, Headmistress consulted me every step of the way, and sought my input regarding the cover art, font choices, etc.

Q: What’s one thing you want people to take away from your book?

A: The one thing I want people to take away from my book is that the female body and love between women is sacred.

A: Right now, I most want to get through these months of wedding planning and marry the love of my life in May!

God with Us by Amy Lauren is available for purchase here. Give it a read.