Almost Everything I Know About Healthy Relationships, I Learned From My Cat (PART 3) 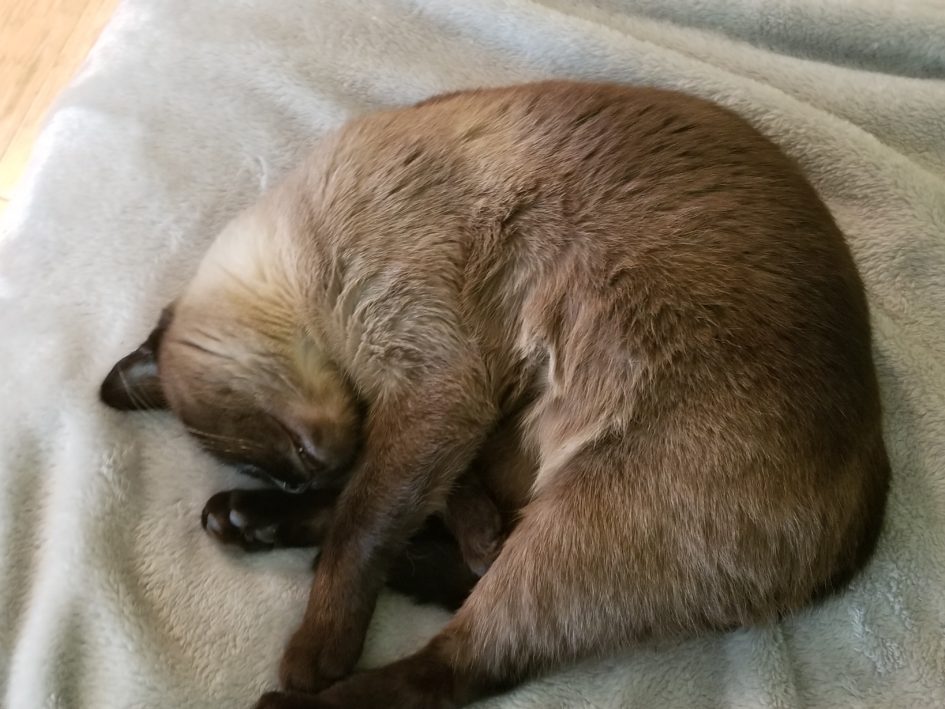 Gracie was rescued from the streets of Long Beach; pregnant, emaciated and suffering from a serious respiratory infection. She was reluctant to allow anyone, even the human she’d decided to live with, any closer than four feet of personal space.  So she slept at the foot of the bed and disappeared under it if I so much as bent down to pet her. She deigned to eat from the bowl I filled, but waited patiently until I was at a safe distance before bending her head to sup. If she wanted to go outside, she waited until I opened the door and stood aside at a safe distance before darting past, quick as a flash, to sit and stare before scampering off to avian and squirrel adventures. Yet, she would find the time to sit at the end of a couch, the end of the bed, or in a chair on the opposite side of the dining room table, watching, staring, letting me know that she was present and interested in…perhaps…more.

And I wanted more. The feel of soft fur beneath the finger tips as a head is scratched or a belly rubbed. The sweet satisfaction of hearing a purr result from some familiar touch and the pleasure of giving pleasure to another. All denied by someone smaller, less powerful who with no opposable thumbs, was dependent on me, and who I had taken in to my home, fed, and on whom I had lavished a sizeable outlay of cash.I insisted on petting her, even going so far as holding her struggling body against my own and stroking her for a while until her claws and teeth nipped at my hands and arms and made me let go. Then she maintained a safe distance, enough to allow her the luxury of darting under the closest item of furniture at my slightest movement in her direction. I had transgressed.

However, Gracie wasn’t an innocent in this interchange. She kept sitting just within sight and purring, signalling that while I had been a shitty Cat Mom, I was still redeemable. And she wanted what she wanted when she wanted it and had been known to knock a few items from dressers and corner tables when she didn’t get her demands met. We were at a détente and I was at a loss.

Since Gracie can’t speak English and I don’t speak Cat, I initially thought we had a communication problem; neither of us could tell the other what we needed so the other understood. But that falsehood didn’t hold up to scrutiny. She didn’t say, “Let me out, human overlord!” when she walked to the door and pawed at the knob. Yet, I knew it meant she wanted to go outside. I didn’t need to yell, “Bad Kitty!” when she knocked a glass of water from the bedside table for her to know I was displeased. When her bowl was empty, she didn’t yell, “Feed me, you fool!” She found me wherever I was, meowed once and went to sit in front of the bowl. Gracie’s communication worked fine. She was already telling me through her actions what she clearly needed. So, I had no excuse in ignoring her nonverbal signals of “Hands off!”. I simply wasn’t listening to the limits she set in the interest of meeting my selfish needs and vice versa. This wasn’t a problem of communication, but one of respect; Respect for each other’s wishes and the control of our less altruistic impulses.

Still, I wanted to be closer and she clearly wanted my attention and presence. I have little faith in the emotional maturity of cute felines. Gracie wasn’t about to be the “bigger person” in this drama. As the only human, I had to be. So the question became, how could I ask for closeness while respecting her need for space and distance while hoping she would take the hint and follow my lead. The solution lay in doing the opposite; listening and “hearing” her when she gave the signal for no more touching. I would wait for her to let me know when she was ready for more by her reaching out a paw, exposing her stomach for a belly rub, or head butting an accessible body part. Slowly I won her trust and created an environment where she would feel safe allowing me to touch her in a way that made both of us feel good. It didn’t happen overnight. In fact, it took a long time and surprisingly, Gracie’s “acting out” behaviors also disappeared. 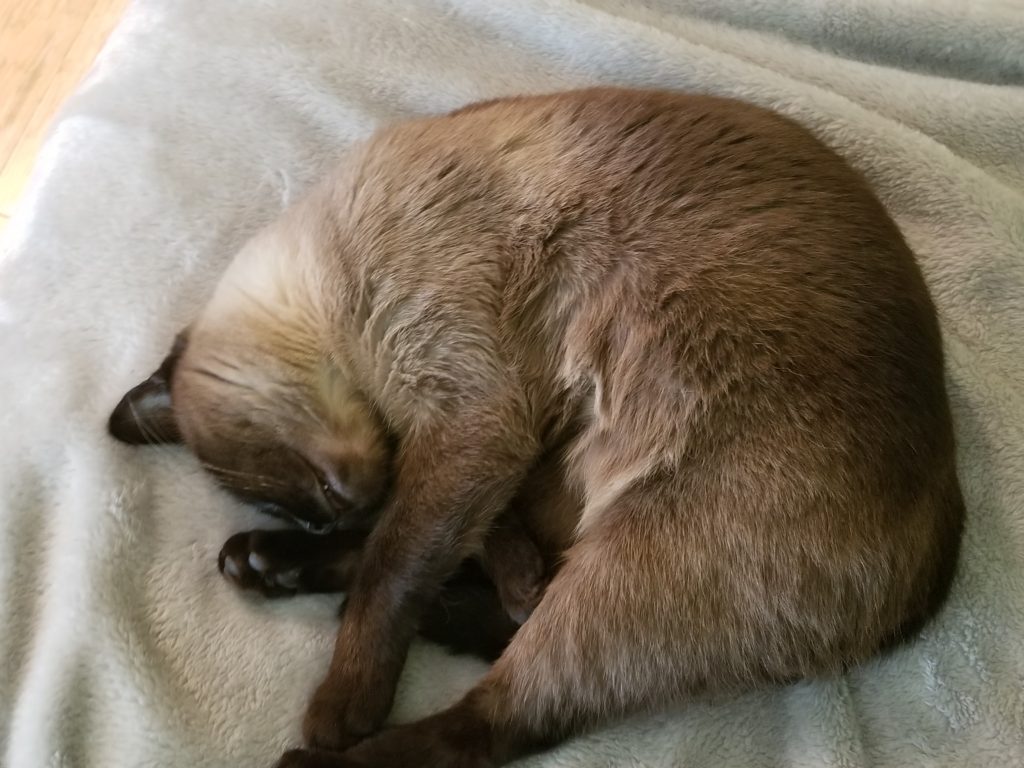 One and a half years later, Gracie does this…exposes her belly while when I’m in touching distance. Listening to what she wanted instead of insisting on what I wanted, resulted in both of us getting what we ultimately love; the pleasure of giving and receiving good touch that brings pleasure.

Upwards of 93% of human interactions are nonverbal and yet, we somehow manage to arrive at complex understandings that are mutually beneficial. Paradoxically, we insist that it is mandatory that we speak while ignoring that we already communicate. Our problem is not a lack of communication, it is a lack of respect for the messages and person who communicates. Isn’t it time we listened more and lessened our insistence on the primacy of our own needs at the expense of others’. If a cat can do it…