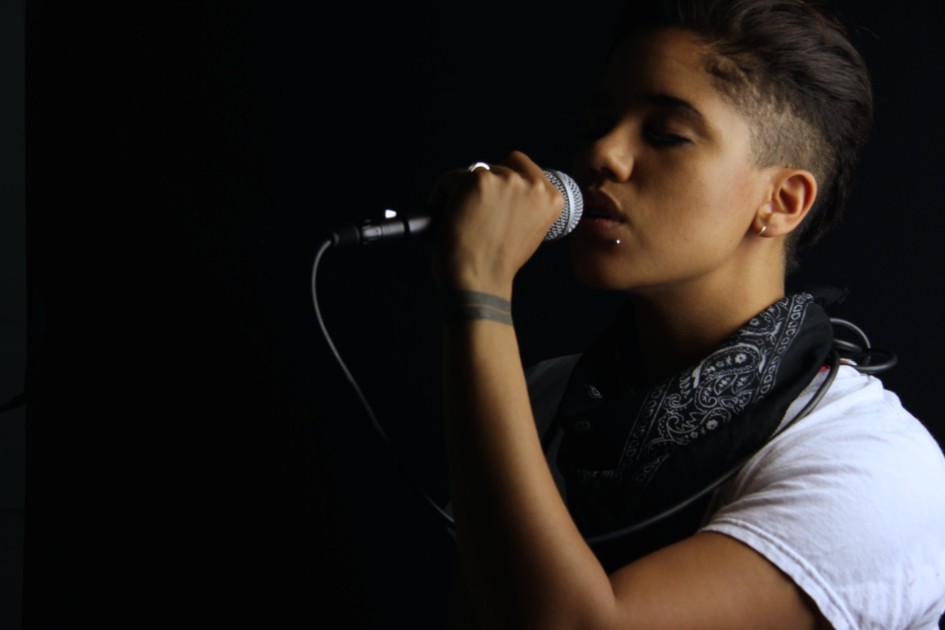 Be Steadwell (B. Steady) is a musician who writes songs that most people can relate to. She delivers these songs to us with her breathtaking voice. Whether she’s playing at a coffee shop or at a music festival, Be always finds a way to captivate her audience.

I had a chance to interview her recently and this is what she said.

Q: Describe the first song that you ever wrote. What inspired it?

A: The first song I ever wrote was called Maroon on the Moon.  Alliteration AND rhyme.  Very clever.  Hah.  I was 14, and I was in love.  The song was about my first kiss with someone who was my close friend for a long time (a long time for a teenager anyway).  There was a harvest moon, it was reddish that night.  The song was very earnest and full of love.  Not much in my content has changed.

Q: Would you like to have a band one day or do you prefer to perform alone?

A: I play with a band in and around DC.  They’re mostly family.  My sister sings supporting vocals.  My best friend and co-lost boi (Talyn) plays bass, my partner plays percussion, my good friend Sandy plays guitar, and the musical love of my life, Ziggy sings with me.  It’s a blast.  We are wonderful.  I’m not booking the kind of gigs that would allow me to bring them everywhere, but we play in the Northeast often.  I enjoy performing, but I always loved playing soccer more than running track.  Teams are more fun.

Q: What’s the nicest thing one of your fans has ever done for you?

Q: What’s a typical Friday night for you?

A: I work all of the time.  If I don’t have a gig, or I’m not working on music, I’m hanging out with Talyn.  And that usually turns into playing music.  I occasionally “go out”, but prefer not to.  I love being at home with friends.

Q: You directed a film called Vow of Silence. Was that more challenging than producing a record?

A: Absolutely. Infinitely.  Film is astronomically more expensive than music. Insurance, camera rentals, paying the crew, feeding everyone, location rentals, props.  It adds up.  I was lucky because I could do so much on my own.  I didn’t pay someone to score or edit or location scout. It was all worth it, but it is a huge endeavor.  When I produce records, I can do everything myself.  I don’t necessarily have to pay for anything.  Of course, I like to hire musicians to play with me, sometimes I do.  But it’s nothing compared to the investment and team work required for a film.

Q: How can people watch Vow of Silence?

A: Vow of Silence will be available on DVD this summer.  Other than that, folks are welcome to host screenings with my permission.  I love visiting schools and venues to the present the film.  It’s a joy to see the different reactions to the piece.

Q: Are you working on anything new?

A: I just released my album, Jaded.  It’s my first concept album.  One sound, one mood for the entire album.  I’m proud of it! Beyond that, I’m writing a feature-length script.  There’s a mermaid.  That’s all I can say.  Ha!
You can listen to and/or purchase some of Be’s songs on BandCamp. You can also subscribe to her YouTube channel to see her music videos and to stay updated on her work.