Out on the Town: Blu Elefant Cafe

I arrived at Blu Elefant Cafe in Los Angeles on a Monday night. It is located on Washington Boulevard, and it is a cool, artist-friendly space that has walls that are covered with paintings, old records, inspirational quotes, and guitars. Their slogan is “where art and coffee meet.”

I was there with my friend Dior, her girlfriend Jazmin, and my older sister who was visiting from out of town. I went because I heard that Be Steadwell (B. Steady) would be performing that night. I’m a huge fan of hers. 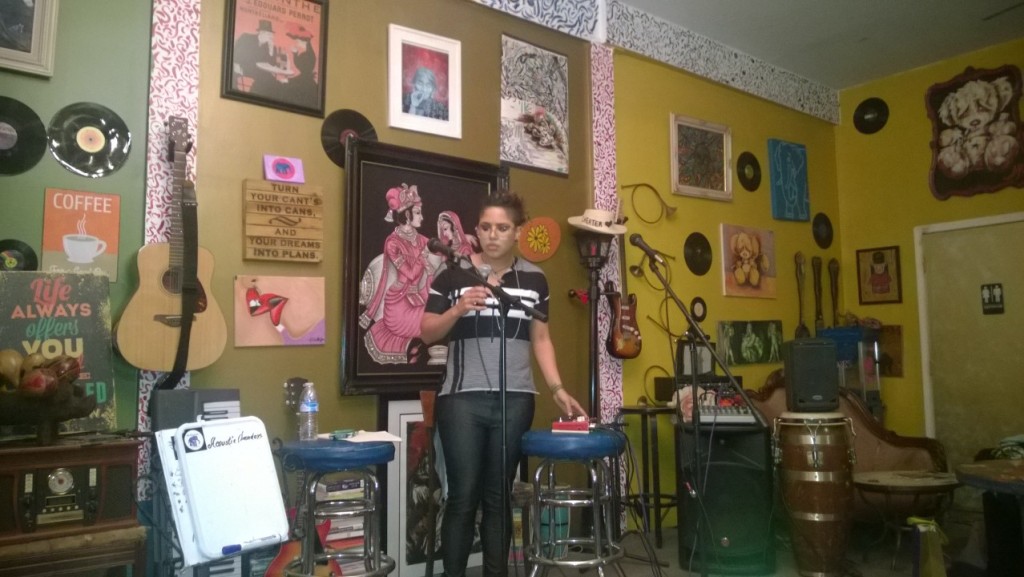 Be was really friendly and interactive with the audience, and she put on a great show.

I learned about Acoustic Mondays at the cafe. It’s essentially an open mic that they hold every Monday night. Dior signed up, and she did a cover of Killing Me Softly by The Fugees that impressed everyone including Be. 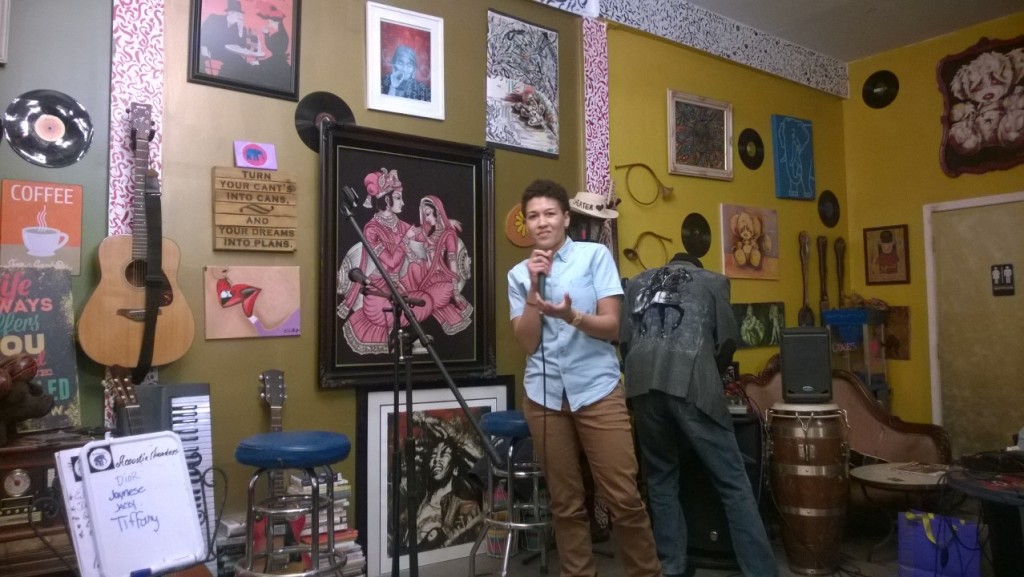 As the night went on, more people signed up, and either read poetry or sang songs. We were surrounded by a lot of cool, creative, and talented people (a lot of whom were lesbians). Dior and I exchanged our information with some of them. 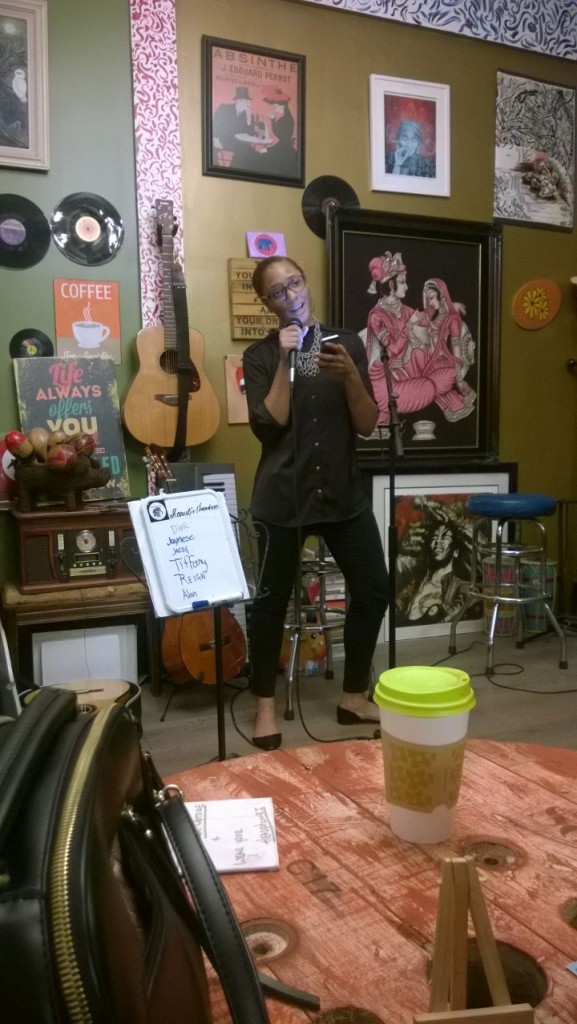 I went for Be Steadwell, but I stayed for the whole show. I highly recommend going to Blu Elefant Cafe on a Monday night. I know for a fact that my first visit there won’t be my last. 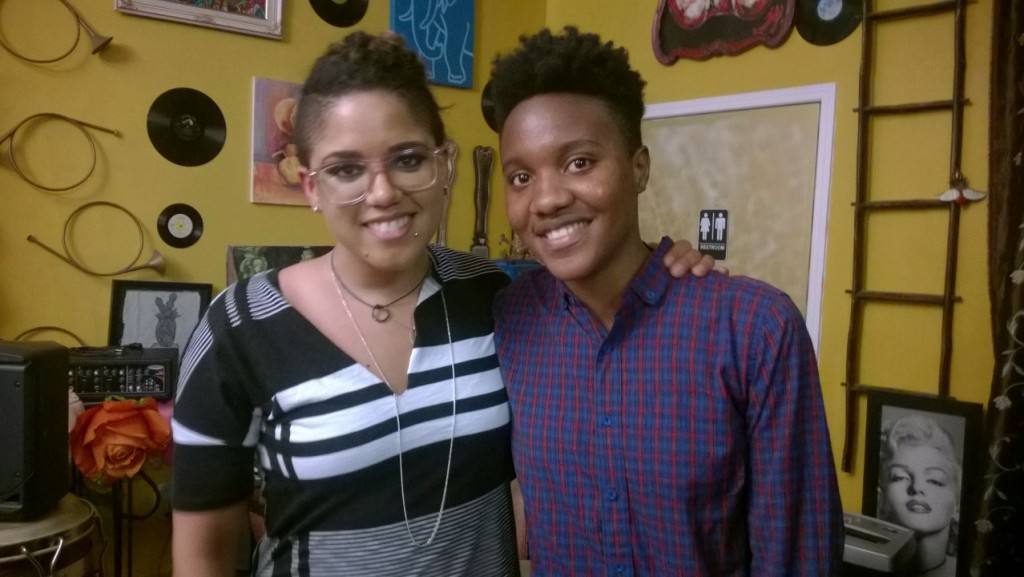 Be Steadwell and Ashley Obinwanne 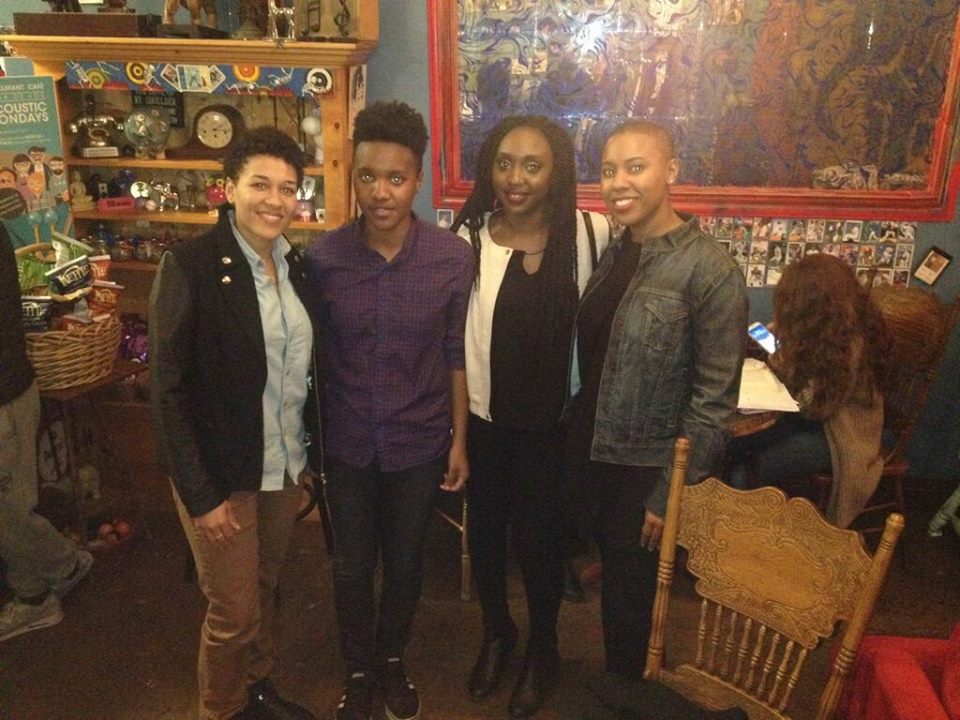 be steadwell, blu elefant cafe, out on the town