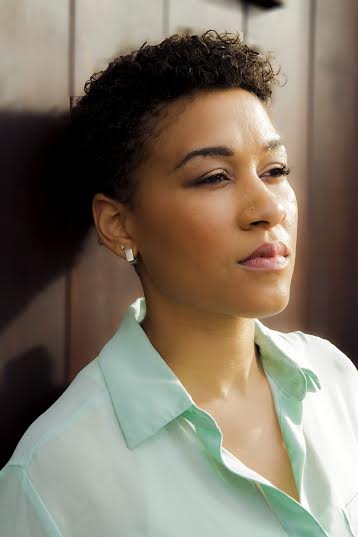 You might already know her as Natalie on the web series Lavender Collective, but she is also a talented singer and songwriter. Dior Williams is a rising star that you need to familiarize yourself with. I had the pleasure of sitting down with her and asking her a few questions. 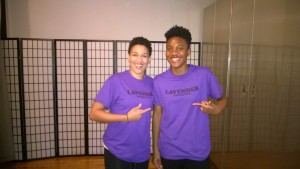 The music I make is chill, smooth, and oftentimes complex.  To sum it up, dope.

My writing process varies.  Sometimes, I wake up with melodies or words in my head, and at times, I’ll hear a track and hear something to build upon.  I’ve also dreamt of melodies and words…I’m working on a way to capture that.

I definitely get inspired when I’m heartbroken and upset.  Those are usually the songs that I keep for my personal collection, but every now and then I’ll let a few people listen to them.

Some of my favorite female musicians are Brandy, Lauryn Hill (I’m a little old school), and Alessia Cara because of her jam “Here.”  That shit goes so hard!

Yes!  I looooove cooking!  My favorite thing to make would have to be collard greens.  Salmon is up there as well, but I could eat my greens literally 5 out of 7 days of the week!

My idea of a perfect date begins with eating, naturally, and then maybe some light day drinking.  Then, a spa session, along with a massage.  Next, assuming the weather is nice—because otherwise, we would be on the couch—go explore somewhere we’ve never been before, or somewhere that we’ve never experienced together.  After that, it would be time to get dressed and hit the restaurant, where our reservations have been made in advance.  Eat some bomb food, have somebody randomly pay for that bomb food…then hit the beach and maybe share a brownie, walk the shore exchanging life stories, and discussing life goals and ideas and random things like how a giant metal vessel can literally fly in the sky and why small dogs are a better look than big dogs and how people can live life and not eat bacon.  You know, important things. Wait, that was a whole day… Hit up a hot wing spot, catch a movie, grab some wine, and head back to the crib.

7.  Do you intend to continue acting, or is music your main focus?

I definitely intend to continue acting.  My hope is that acting would take the pressure off of monetizing my music, and allow me to support my art, while keeping its integrity intact.  I know that major radio play is a main goal, but the thought of making “mainstream” music, which I feel is oftentimes terrible and lacking content, just to make money, is very disheartening to me.   If acting can help me avoid that BS, then I’m all for it.  I think I would much rather be a food critic to supplement my income, though.

8. What was your favorite part about being on Lavender Collective?

My favorite part of being on Lavender Collective was acting out a cool script that touched on issues that happen in everyday life.  When Erika’s character mentioned her father asking when she was going to settle down with a nice man, I was thinking to myself that I was so glad that my parents have mostly grown out of the phase, but that I had definitely been there time and time again.  I love how relatable the script is for so many women. [The episode she’s talking about is the fifth episode of season 2. It hasn’t aired yet].

I dance when the lights go dim lol. That’s my specialty. Otherwise, I am not a dancer.

10. Do you have any new music out or anything that you’re working on?

I’m currently working on a four to five song project with a new producer. I also have an idea up my sleeve for a female duo that could be pretty damn hot if it comes to fruition!  It’s in the works now, so stay tuned!!

Like what you’ve heard? Listen to some more of Dior’s music on SoundCloud