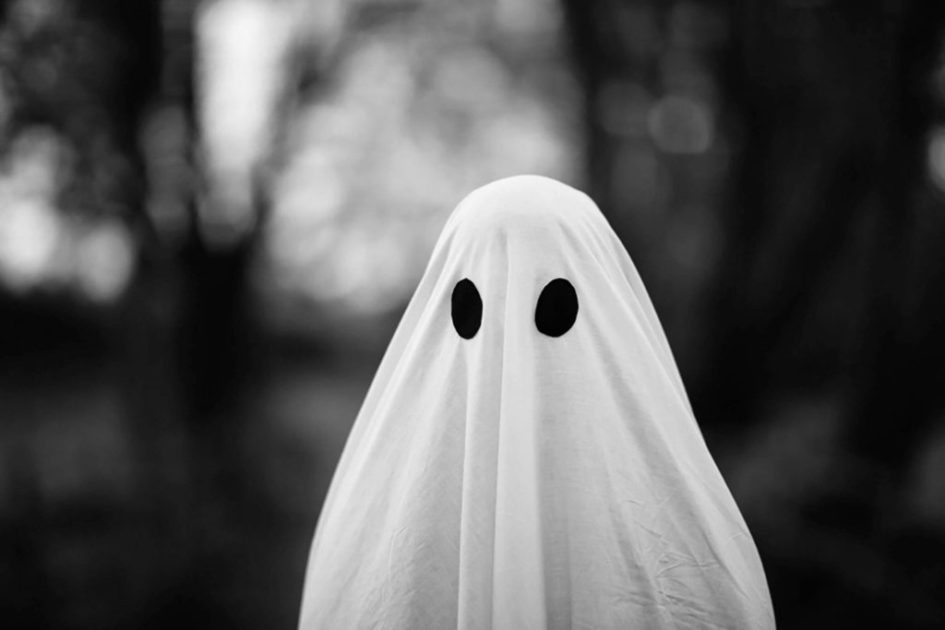 22 year old Destinee of Portland, Maine reached out to us recently regarding a presence in her apartment. Her story promised to be one of intrigue and romance, with a touch of the otherworldly. Could this be the beginning of a tale of two star crossed lovers, kept apart only by the ethereal space between the living and the dead?

“I’ve always believed in ghosts.” proclaims Destinee, a budding young artist,  “Like, I grew up watching Ghost Adventures on the travel channel. That’s how I knew…”

Destinee takes a moment to gaze wistfully out the window, her haunted eyes reflecting something seemingly beyond the veil. The air around her feels chilled, despite the promise of summer filtering in rays through the glass.

“…That’s how I knew Ana was here. That she’d chosen me.” She breathes.

Who was Ana? How did Destinee come to know the name of this presence?

“Well, I think she’s definitely an old soul, like me. So when I was choosing a name for her, it was a tie between Elizabeth and Ana, and I think Ana just suited her energy better.” Destinee explained, waving her hands through something intangible in the space around her. The presence seemed to leave a weight in the apartment that no amount of incense could dispel.

“I don’t think Ana liked my ex. That’s why she only chose to make her presence known after Cass had left.”

Ana’s alleged hauntings began subtly. Destinee claims that things just felt…different one day. As if she was no longer alone in the cavernous dark of her one-bedroom apartment. As if something–someone, was always just out of her reach, close enough to barely feel a faint electric chill at her fingertips.

Destinee began to document the proof of her findings. She’d log into her Spotify and see that she was out of skips for the day, or notice a new station added to her queue. She’d find things moved, or laundry missing from the dryer. The top lock of the door would be left undone when she got home, despite triple checking that it was locked before leaving.

“At first I was like, totally creeped out. I tried smudging the place, holy watering everything. The works.”

Her fingers idly crumble the staled char of a bundle of white sage in her lap.

“But then I noticed something was different about this ghost. Something…familiar, almost.”

Destinee pulls up her Spotify app. The new artists, ones she claims she did not add herself, include names such as King Princess, Tegan and Sara, and Dua Lipa.  She then switches to her Netflix app and reveals a half finished episode of Orange is the New Black, waiting to be resumed.

“I…don’t watch Orange is the New Black… I don’t like the girl that plays Piper. Something about her face.” Destinee’s eyes widen with a superstitious thrill. “I think Ana is a DYKE! Why else would she watch and listen to all this gay shit?”

More proof of Ana’s alleged lesbianism included a substantial missing chunk of Destinee’s expensive vegan ice cream, steam forming in the shape of a vulva on on the bathroom mirror, and a pair of Tomboy X briefs missing from her clean laundry pile.

“I really liked those. But it’s okay, because this is like…so romantic. It’s like I’m in a Victorian drama or something!”

And with almost Victorian timing, our interview is interrupted. A sound from the hallway stops Destinee mid-sentence and the tension in the room makes itself unbearably known.

The front door rattles. We try not to breathe.

Metal scratches wood for seconds that feel like years. The faint sound of an unexpected intrusion.

Standing in the hallway, is a dark figure with short cropped hair, ripped jeans, and something small and sharp gripped firmly in a shadowy hand.

“I know I stormed out after we broke up, but I still had my key… I hope you don’t mind that I’ve been crashing here. I swear I’ll be gone by the end of the week.”

As soon as it had appeared, the figure was gone–disappearing into the kitchen to grab a snack.

Destinee’s face paled. She looked as if she’d seen a ghost.

“Well. I guess that solves that mystery.”