Lesbian Dating in Times of Covid 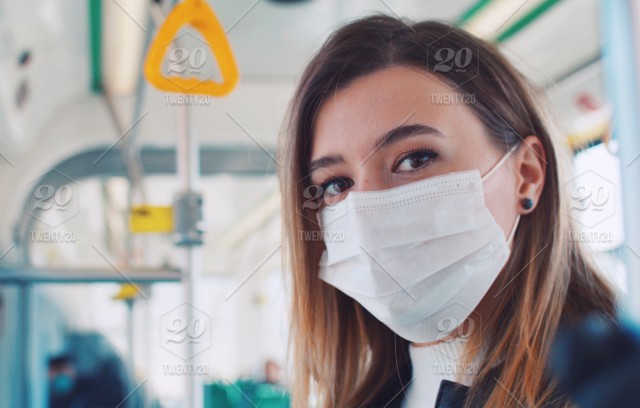 The COVID-19 pandemic has disrupted every aspect of our collective lives, and dating is no exception. With most social gathering spots being shut down to slow the spread of the virus, and everyday interactions with people coming with an increased level of risk, we have had to re-imagine what dating looks like. The following are essays from three lesbians who have each gone on at least one date since the quarantine started.

I met my girlfriend on Tinder in January and we made things official on March 11th, two days before quarantine started. We’re both very social people and normally we would be throwing ragers and going out to bars and clubs regularly, so staying in is a huge adjustment. Despite this, we’ve been having fun seeing each other a few times a week and just doing low-key things like watching movies or dropping acid in the park. Things have been amazing! We’ve officially been together for about five months, and I’m in love for the first time.

We both prefer to be in open relationships, so once we felt that we could safely see other people, I started texting a girl who had been in my DM’s for a while. I honestly didn’t even think I’d like her that much, but she had one thing that I was dying to experience: a split tongue.

I went to her house with one goal in mind. I won’t go into the details, but making out was better than I expected and eating out was not as good. I got a covid test afterward (negative!) and it was definitely worth it for the experience. My girlfriend and I decided we shouldn’t be doing too many hookups right now since we’ve both resumed working our respective jobs, but I’m glad I was able to go on that one date. I just hope the pandemic ends soon so my girlfriend and I can finally go to an orgy like we’ve always dreamed!

The last time that I kissed another person was in November of 2019. The last time that I had sex was two months prior to that. 2020 has really done me wrong. All concerts, dance parties, dyke marches, lesbian brunches, and women’s festivals have effectively been cancelled, so it’s been damn near impossible to meet women.

I usually hate online dating, but beggars can’t be choosers, so I downloaded Bumble. I messaged back and forth with a recent college grad who was trying to get her first real job in these bleak covid times. We did a Netflix watch party and two virtual “dates” via Zoom. We talked mostly about her job search and the rental market in Los Angeles– this made for okay conversation, but it definitely didn’t have the inklings of a great romance. I never felt the need to initiate text conversations with her, but I was relatively quick to respond when she reached out. Eventually, she stopped texting me, and that was that. An anticlimactic ending to a lackluster engagement that lasted for a total of three weeks.

A while later, I matched with another woman on the app. She was cute, and her profile indicated that she was looking for a relationship– a rare find, because a lot of people on dating apps are just “looking for something casual.” I messaged her, there was some light flirting, and then I asked if she’d meet me for a hike during the coming weekend. She said yes, and I actually started to get excited about the possibility of dating someone during this quarantine. We had an in-person meetup to look forward to in a few days, but we kept the texting going in the mean time. At one point, I asked how she had spent the summer, and she casually replied with “worked on my thesis, did a few hikes, went to Reno with my family and returned with covid lol.”

Yes, you read that correctly– RETURNED WITH COVID LOL. She had been sick a few weeks ago, but had quarantined for a while, and felt fine now. I followed through with our hiking date, but let her know that we both had to wear masks and keep them on the whole time just to be safe. Isn’t that how all fairy tale romances start? We met up and talked the whole way through our relatively short hike. When it was over, I walked her to her car, and we awkwardly waved our goodbyes while keeping our distance. The next day, we amicably agreed (via text) that there was no spark, and we should just be friends. We sent each other polite “good luck out there” messages and haven’t talked since.

Later that week, I deleted my dating profile, and decided that meeting new people during a pandemic really isn’t worth the risk.

In March, I moved back to Philly to be closer to family after living in Pittsburgh with my wife for two years. I had an awesome bartending job lined up at a popular bar/restaurant when I moved back and everything was great for about a week until covid struck. I was in Philly without my wife for a few months because the pandemic made it difficult for her to find a job out here.

I was frustrated that I couldn’t go anywhere. I was laid off from my new job and couldn’t go out to the bars to meet women (my wife and I were in an open marriage). Towards the end of March, I matched with this hot femme on Tinder. We started talking and we vibed immediately! We both have the same sense of humor, and were baffled by Tiger King. It had gotten to the point where we couldn’t wait to see each other anymore, and we were willing to break quarantine protocol. We decided to meet outside of a Sunoco and smoke cigarettes together while standing six feet apart. That did not last long since I kissed her about five minutes after we met. Alex was the most beautiful woman I had ever seen in my life. I was already whipped.

Things got hot and heavy really fast and we fell in love. Things in my personal life went into an intense downward spiral. My mom became hospitalized in a coma after having a brain aneurysm on July 5th and my wife left me about two weeks later. You know who’s been there for me the entire time? My hot quarantine tinder match. I’ve already decided that the poly lifestyle is no longer for me because I need to focus on taking care of myself for me and my family. Alex is the only girlfriend I’ve ever had that I haven’t had to compromise for. She’s the first woman I’ve ever loved completely and the first woman to make me feel like I don’t want anyone else. I can’t even be too upset during the worst time of my life because she’s the best thing that’s ever happened to me. I regret nothing.