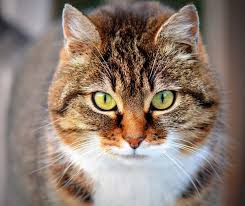 After being single for three consecutive years, 28 year old, Mara Green decided to put herself back out there. She sought out single women at all the lesbian hotspots– cafes, museums, women’s music festivals, and the lumber department at Home Depot.

She went on several dates, but was disappointed to find out that each of the women either owned at least three cats or expressed a strong desire to do so.

“That’s just too many cats”, says Mara who is completely fed up with the state of things. “The last woman I went out with asked me to come back to her place at the end of the night, and I gladly went along… turned out she just wanted to introduce me to one of her cats. She thought that the two of us ‘would really click’.”

When asked why she doesn’t like cats, Mara says, “they just do that creepy thing with their eyes, man. Like they stay completely still and stare right at you for long periods of time. What the fuck is that about?”

She adds that every cat owner thinks that their cat is different, and will be the one to make her change her mind about cats once and for all. They bombard her with cat pictures that have captions like “look at this adorable little baby” and “this is the only man in my life.” She has had to change her phone number twice.

Mara is still searching for a single lesbian who doesn’t have any cats, and who is okay with her not liking cats. In other words, Mara will be single for the rest of her life.