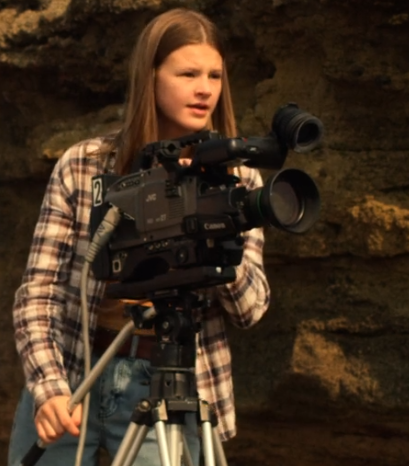 We first see her in AV club. She is behind the camera, filming the morning announcements. Luke (one of the leads) asks her to come over to his house after school, so he can help her fix her lens. He gets so excited when she agrees, that I genuinely feel sorry for him. Maybe it’s her outfit, maybe it’s her demeanor… but I know from the first scene she appears in that she is definitely not into boys.