Out on the Town: Black Pride Beach Party 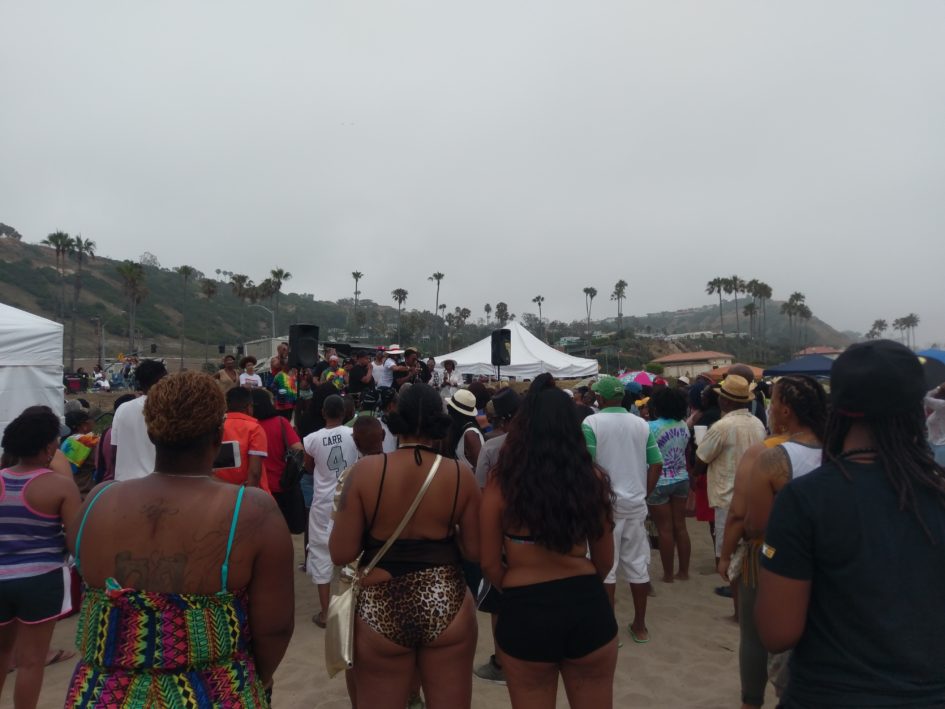 The first official Black Gay Pride took place on a beach in the Los Angeles area in 1988. Since then, black LGBT people have gathered annually to celebrate this event.

Last weekend, I had the honor of attending it for the first time. A friend in her 50s invited me. Up until then, I had never heard of this event, lovingly referred to as Black Pride–it doesn’t get nearly as much attention as LA Pride or Dyke Day LA–but it’s something that my friend and hers have attended for years.

We set up a tent on the beach, played music, relaxed, and went in the water for a while. After we got dry, my friend and I tried to fly a kite, and when it didn’t stay up in the air, two women that we had never met, excitedly gave us tips from the comfort of their tent.

“You gotta run with it… Go closer to the water… There ya go!”

That encounter sort of describes the spirit of the event– fun, unpretentious, like a family gathering… but the good kind.

Later, there was a twerking contest, followed by a “hot body” contest, both of which were entertaining.

By attending Black Pride, I learned more about black gay and lesbian history, and as with most events that are both black and gay, I felt an extra level of belonging.