“I Love You No Matter What”: Recognizing Abuse in Same-Sex Relationships 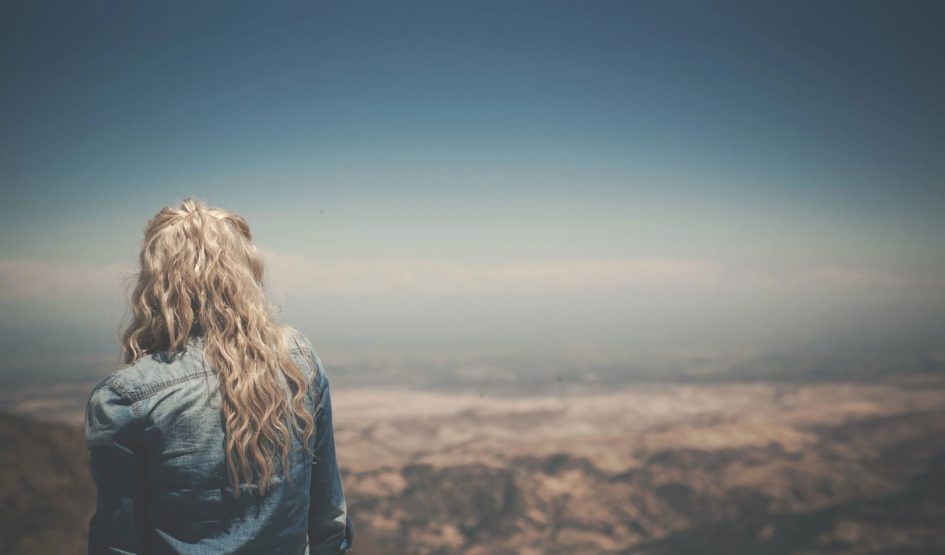 In a normal relationship, “I love you no matter what” might come up every once in a while–maybe after resolving a petty argument, making a big life decision, or even as a vow at the altar. It means that your love comes without conditions. That you’re in it for the long run. You’re here for your partner, come hell or high water.

“I love you no matter how much you lie to me.”

“I love you no matter how much you scare me.”

“I love you no matter how much you manipulate me.”

“I love you no matter what the people who care about me say.”

I ignored the red flags because I was in love. After a point, I knew they were there. I talked about the warning signs with friends and family, people who cared about me before her. I just didn’t listen when they told me to leave. The conversations I had with her about these concerns would always end with me reassuring her.

I spent most of that relationship walking on eggshells. I was anxious all of the time. I thought I didn’t deserve any better–I didn’t like myself. I didn’t recognize myself. My feelings were only secondary.

Women put up with a lot; it’s how we were raised. Our boundaries are broken down as girls. Grin and bear it. Don’t make a fuss. He hurts you because he likes you. You exist for other people. Nice girls don’t say no. On and on, it becomes apparent that the ideal kind of girl is subservient, a caregiver, endlessly patient and kind through self sacrifice. She puts others before herself. The female characters you grow up seeing on TV exist only in relation to their male counterparts: mother, wife, girlfriend, love interest. Bechdel test? Come on…at least she doesn’t end up dead in the freezer to prompt her boyfriend’s super-powered revenge fantasy. Our lives are defined by our relationships to others.

So what does this all mean in the context of lesbian relationships? Two beings of the fairer sex find each other and…everything should be okay, right? Because you’re not dating a man, right? Because she doesn’t hit you like a man might, because she’s not as strong? I told myself that things could be worse if I was dating a man, and I don’t believe it to be too far-fetched to say that other women may say the same.

So it does happen, and it’s something that we need to talk about. It is common within the LGBT community to keep intra-community issues such as abuse or predatory behavior hush hush– no need to further demonize our community to the heterosexual majority, right? After all, we are already painted as predators, perverts, and fiends. The fight for same-sex marriage was difficult enough, and in some places, lesbian couples cannot adopt children, even though studies have shown that “…the children of lesbian mothers were rated significantly higher in social, school/academic, and total competence… and significantly lower in social problems, rule breaking, and aggressive problems.”

So how can we talk about our issues without feeling like we are only further perpetuating negative stereotypes? And is it really our responsibility to avoid those stereotypes in the first place if we are living honestly and authentically? After all, the boxes we are put into were not built by us.

One relevant stereotype is that of the ages old “U-Haul Lesbian”. What does a lesbian take on a first date? A U-haul! Hardy har har, and on and on and on…Let’s face it ladies, this joke didn’t come out of nowhere. Lesbians are notorious for moving fast! From meeting to moving in all in the span of a month to engagement rings before the first anniversary, emotional intensity is a common theme in our relationships. It makes sense when you consider that women are raised to be more emotionally involved, a factor made twofold in a lesbian relationship. This isn’t necessarily a bad thing, either. Lesbian love is deep and beautiful and different. Our feelings are no less just because we experience them on a different timeline from our heterosexual counterparts. We’ve seen how hard our community has fought to have our unions legally recognized and to have the rights that come with it. We’ve heard the rhetoric about taking those rights away. We will live our lives no matter what others say about it and we will do so with pride!

This kind of rapid emotional intensity, however, does become dangerous when you apply it to an abusive relationship. How well can you truly know the person you’re cohabiting with within a month? Is it possible that someone could hide their true nature for the year prior to the lifelong commitment you’ve made to one another? One key tactic for an emotional abuser is to establish an emotional connection very quickly, and it can be difficult to recognize this as a red flag when it is your subculture’s cultural norm. When the lease is signed or the vows are exchanged and their true colors start show, we’re often already blinded by our love and devotion. And even if we aren’t…it’s hard to leave after all that. It’s easy to feel stuck. And if/when we do get out, it’s even easier to look back and feel stupid.

If you find yourself relating to this, know that there is a way out and that you do deserve better. Reach out to the people that care about you. Utilize the resources there to help you. Know that you can overcome anything.

Feel free to utilize the following resources or refer them to a friend who may need them*:

*These resources are US specific. Please feel free to add or comment with international resources.