Out On the Town: Echo Park 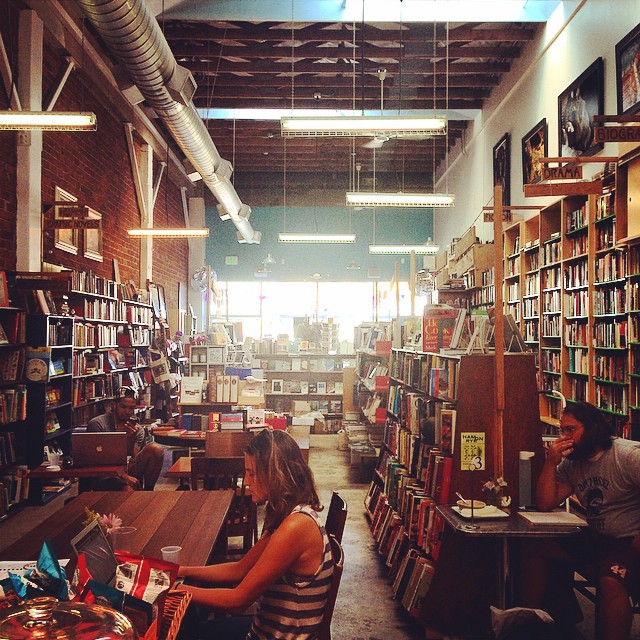 Echo Park is a neighborhood in Los Angeles, California. I had a first date there in November of 2015.

I met her on OKCupid. It was my third attempt at having an account on that site. I deleted my first account because there weren’t enough choices in Upstate New York. You can only scroll past the same 53 women so many times. I was in Los Angeles when I made my second account. The problem this time wasn’t a lack of women, it was that I got bored of having conversations that didn’t lead to anything. I also found a woman I was interested in somewhere else, so I said goodbye to OKCupid once more. I made my third attempt at online dating three months after the breakup.

We met up at Stories Books and Café on a Tuesday night. She had suggested the location. It’s a nice little independent bookstore and café in the area. We sat and talked for a while. There was a notice up next to one of the bookshelves.  It was addressed to the “moleskin thief.” They asked the person to stop stealing from them in a tone that read as rightfully hostile. 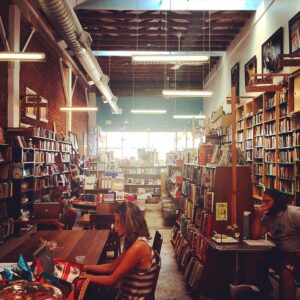 After that, we walked a few minutes to The Echo, a music venue that hosts a lot of independent artists. We were there to see Allison Weiss. I was a big fan. She had never heard of her, but she was up for seeing a show. The doors were still closed thirty minutes before the show was supposed to start, and there was no line outside. That was a first for me. 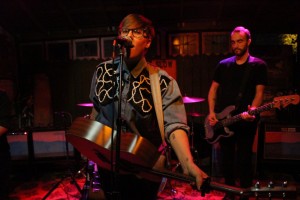 We walked to Echo Park (the actual park) to kill time. There is a lake filled with lotus flowers there. I was told the flowers look better in the summer. I stopped to read the words on a monument that told their history. I read about Aimee Semple McPherson, an evangelist who had brought a lotus flower back with her from China and placed it in the lake in the late 1920s. More lotus flowers had bloomed as a result of this, and in 1972, the annual Lotus Festival was born. 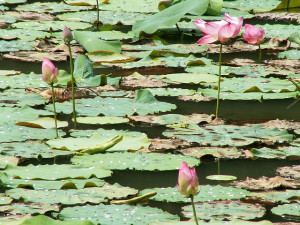 We went back to the music venue. Allison Weiss was on at 11pm. She had three opening acts. The two that I can remember are Kid in The Attic and Mal Blum. It was a bit long, but it was a good show.

She drove me back home. We went on one other date a few days later. We kissed. That was it.

Honorable Mention: DragonflyHill Urban Farm. It is located in Echo Park. It is “an urban farm, a community space, and a place for weary travelers.” It is also the location for the lesbian web series Lavender Collective. If you’re ever visiting LA, this beautiful establishment that is run by some of the most creative and hardworking people I have ever met, is definitely worth checking out.

allison weiss, out on the town