Out on the Town: “Falling for HER” 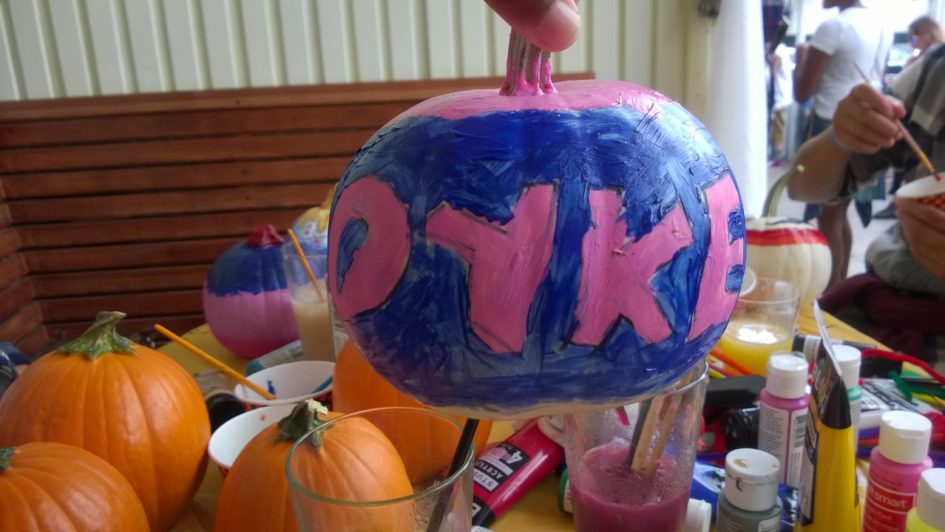 “Falling for HER” was the first official event that the HER dating app hosted in Los Angeles. I found out about it by googling “lesbian events in LA” as I tend to do every other week to no avail.

I don’t have the app because I know from experience that online dating is just not for me, but I was excited about attending a lesbian event that promised activities like “bobbing for boobies,” a “flannel swap” (bring an old flannel to give away… take someone else’s flannel home), and a “Dyke-o’-lantern decorating contest.” It also didn’t hurt that the pre-sale tickets only cost five dollars. Essentially, I was sold. 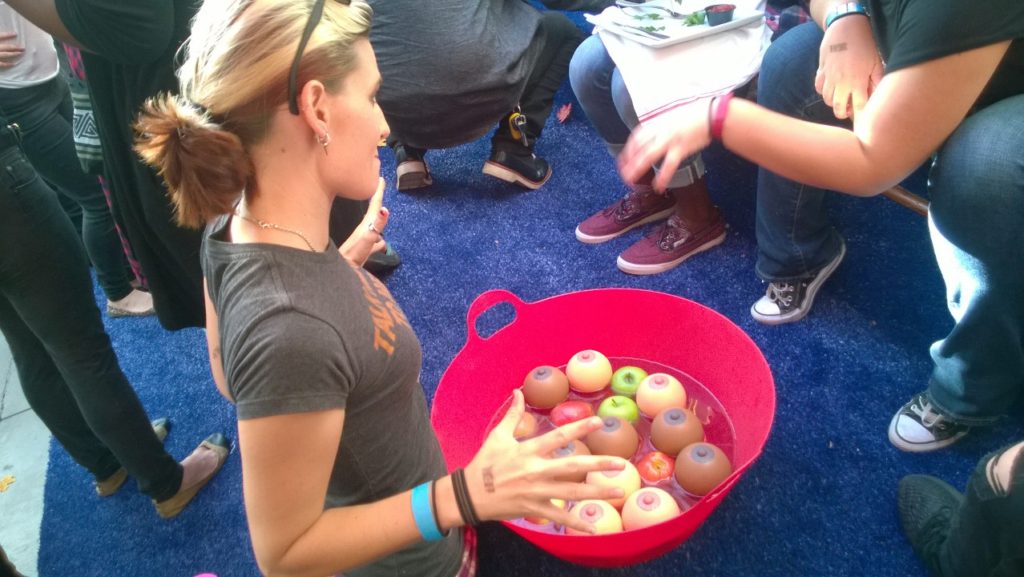 She’s Getting Ready to Bob for Boobies 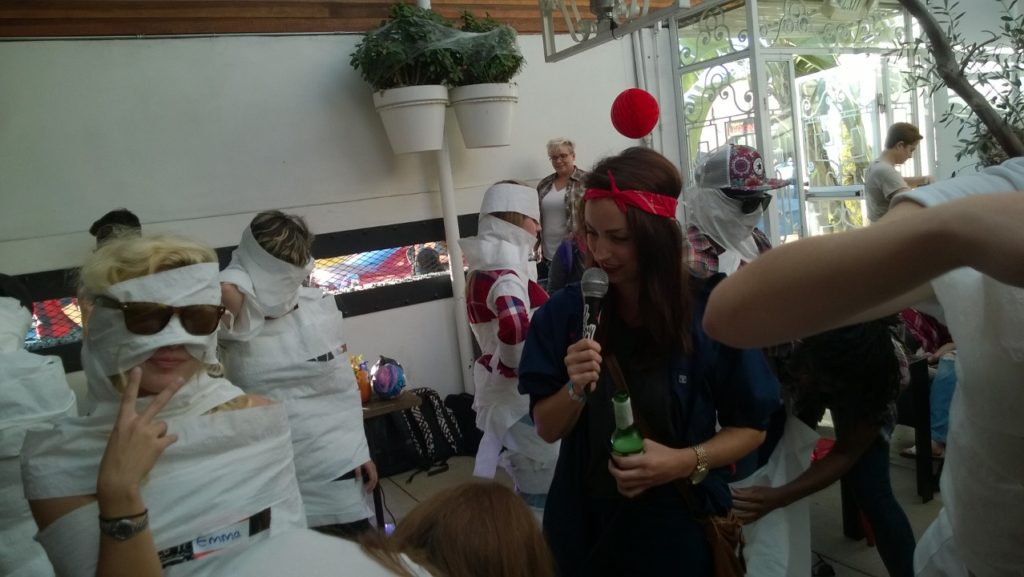 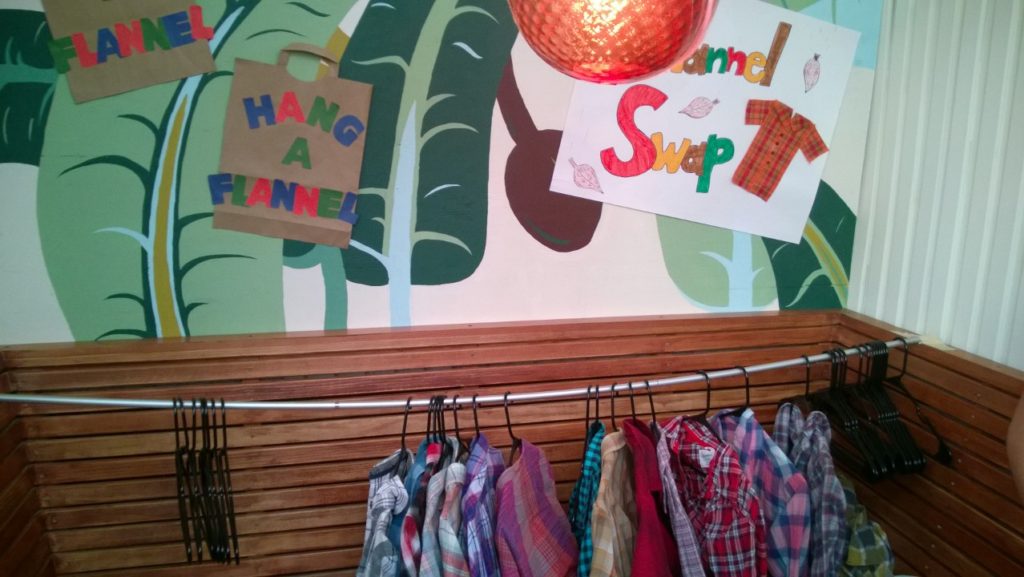 I showed up alone at The Sandbox on Melrose at about 2:30pm on Sunday (the event went on from 2pm until 10). I got a drink at the bar and then sat for a while as I waited for more women to arrive. Later I played and won a game of beer pong, decorated a dyke-o’-lantern, shot some hoops, and played darts, and giant jenga. I met some cute women in the process… obviously. 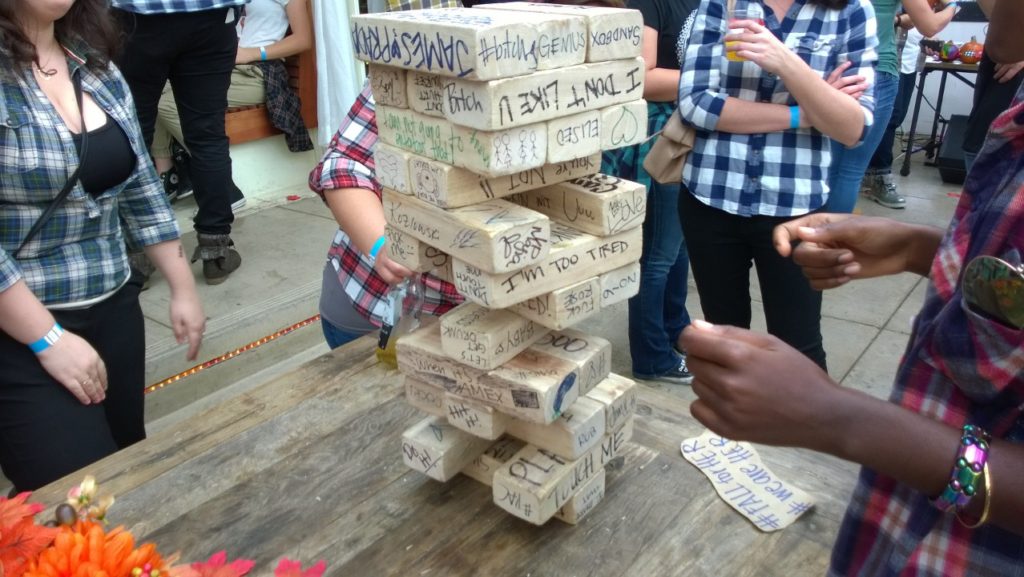 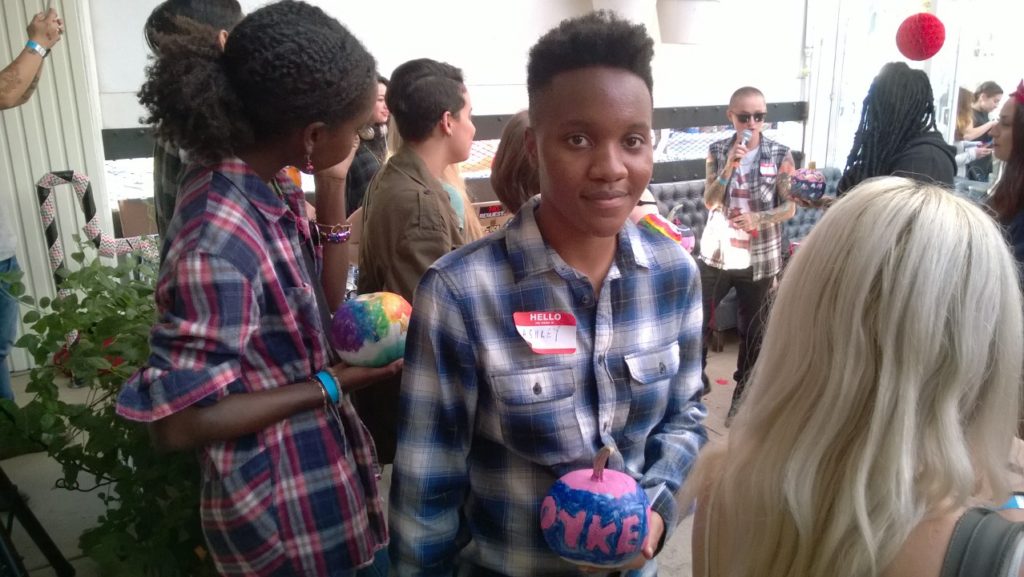 My friend showed up at about 7:45pm, so I stayed longer than I planned to. By night time, all the activities of the day (save for Giant Jenga) were done and it was time to head out to the dance floor. I normally don’t dance because I’m terrible at it, but I got escorted to the dance floor by a woman who said “I literally don’t understand what it means when people say they can’t dance. Just feel the music.” So I did. Everyone was chill and non-judgmental, so I felt comfortable enough to “dance” (read: I did my two-step and I waved my arms around a bit).

Either way, I had a blast, and I’m looking forward to attending any future events of this nature.