Out on the Town: Intimate Tegan and Sara Show

In February, when Tegan and Sara announced that they would be playing a few intimate shows one month before their new record Love You to Death comes out, I was elated. However, actually getting my hands on a ticket to either of the shows in Los Angeles proved to be rather difficult.

I counted down the days until the tickets went on sale. I was prepared. I had my credit card in hand and my eyes firmly glued to the computer screen several minutes ahead of time. The event got sold out at exactly 10am which is coincidentally the same time that the sale was meant to begin. That couldn’t be right. I refreshed the page. Nope, still sold out. I refreshed again and again, and my hope faltered a little more each time.

On the day of the show, I turned to Craigslist to see if anyone had a ticket up for sale. I encountered an asshole who was only willing to sell me one at a price that was almost four times the original cost. 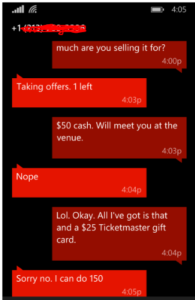 Scalpers are the worst!

I eventually found someone who wanted to sell her spare ticket to a fellow fan for $50. Seventeen email exchanges later, I got dressed, requested an Uber, and was on my way to The Roxy Theatre to meet someone who I had no way of making direct contact with (she had refused to give out her number). Luckily, we didn’t have any trouble finding each other, and I was inside the venue in no time. I should mention that one hour before the show started, the scalper from earlier sent me a text asking if I still needed a ticket. Ha! 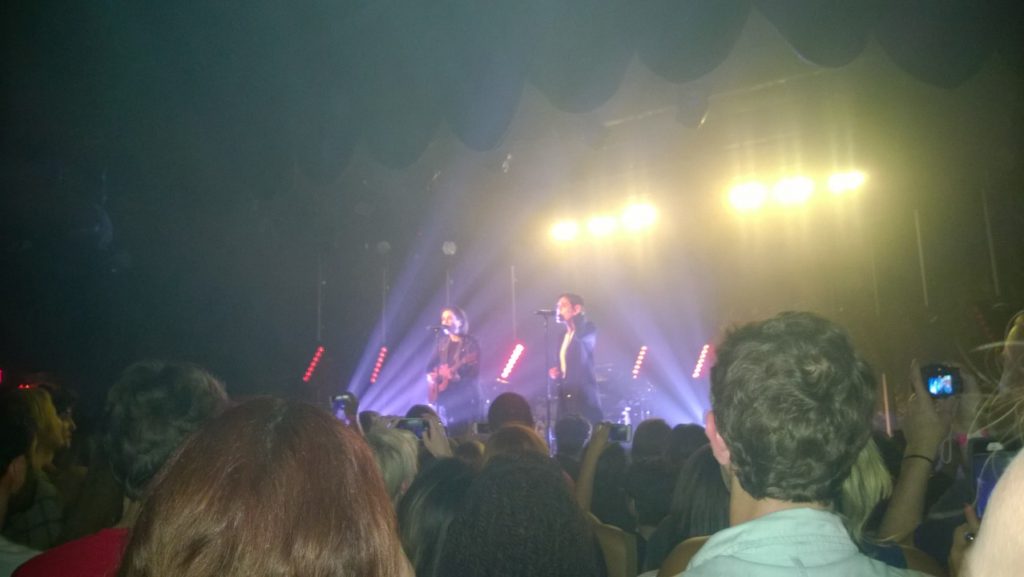 This was the first show that they had played in 18 months. It was the first time that I had seen them in two years, and I was beyond ready. I think I actually screamed when the curtain finally went up to reveal them.

They played fan favorites like Call it Off and Nineteen as well as a few songs from their last record. They also played Boyfriend, U-Turn, and two brand new songs that they had never played at a show before. (All of which are from their new record)

No Tegan and Sara show is complete without at least a few minutes of banter. It’s part of their charm.

When they came back for an encore, members of the audience yelled out songs that we wanted to hear. Tegan, being the people-pleaser that she is, tried to hear everyone out but she ultimately made us choose between The Con and On Directing. Sara (who had poured herself a glass of wine in the short time between the “last” song and the encore) joked about how Tegan was the democratic one while she was more of a dictator. With a smile, she informed us that the final song of the night would either be Where Does the Good Go or it would be nothing at all.