Out on the Town: The Girl’s Place 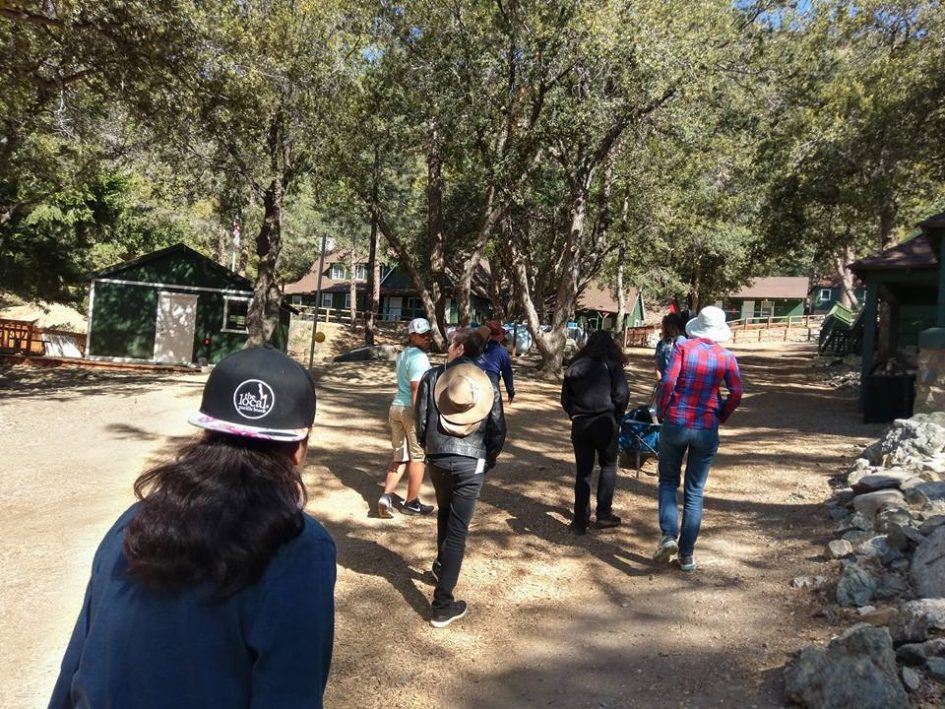 A large venue, dimly lit with strobe lights and women scarcely scattered around, chatting at the bar over alcoholic beverages. Straight women giggling while walking across the sparsely populated dance floor, speakers booming above them.

That is what I imagined when I heard of The Girl’s Place, a venue that hosts a women’s only night called Girl’s Friday. Thank Goddess this was not the case.

As I pulled into the street, I was immediately shocked by the narrow path to a small but inviting setting. It was very easy to find, with a big sign indicating THE GIRL’S PLACE. The outside fence was covered with posters publicizing various events held by the venue, mostly LGBT or women’s-only themed.

It was nerve wracking, standing outside in the heat, finding the courage to walk in, but I didn’t have to do that for long. Less than a minute after we arrived, a woman with short hair loudly invited my girlfriend and I to come in, follow her, and introduce ourselves.

She instantly caused a burst of warmth, which only improved as we walked in to see a whole room full of flannel-clad lesbians and a few bisexual women, almost all of whom were also largely gender non-conforming in some way.  They sat around tables in a small room, smiling, laughing, chatting loudly, and bringing an incredible vibe to an otherwise plain area. Being in the presence of so many women like us was amazing.

We visited because of an invitation from a couple who run a local lesbian group, Lemons on the Loose–fun fact, lemon is a not so known, old Australian slur/slang/word for lesbian! The two women quickly recognised and greeted us. We all introduced ourselves, ordered food from an adjacent kitchen area, and spent a few hours eating and talking about our lives.

While we didn’t get to talk as much as I would have liked, there is always next time. The women there were much older than my girlfriend and I, so I hoped to discuss their lives and experiences going through the world as lesbians. Even though there wasn’t nearly as much in-depth talk as I would have liked, this was only our first time attending, so I know there will be more time for that in the future.

I will definitely visit this place and people again and again.

It was an incredibly healing experience. If you have the chance to talk to older lesbians, I recommend it with great enthusiasm. Seeing so many women who have lived their lives is proof and reassurance that we can survive as lesbians in this world, and we can thrive. There will always be community if you create it or take the time to look for it.