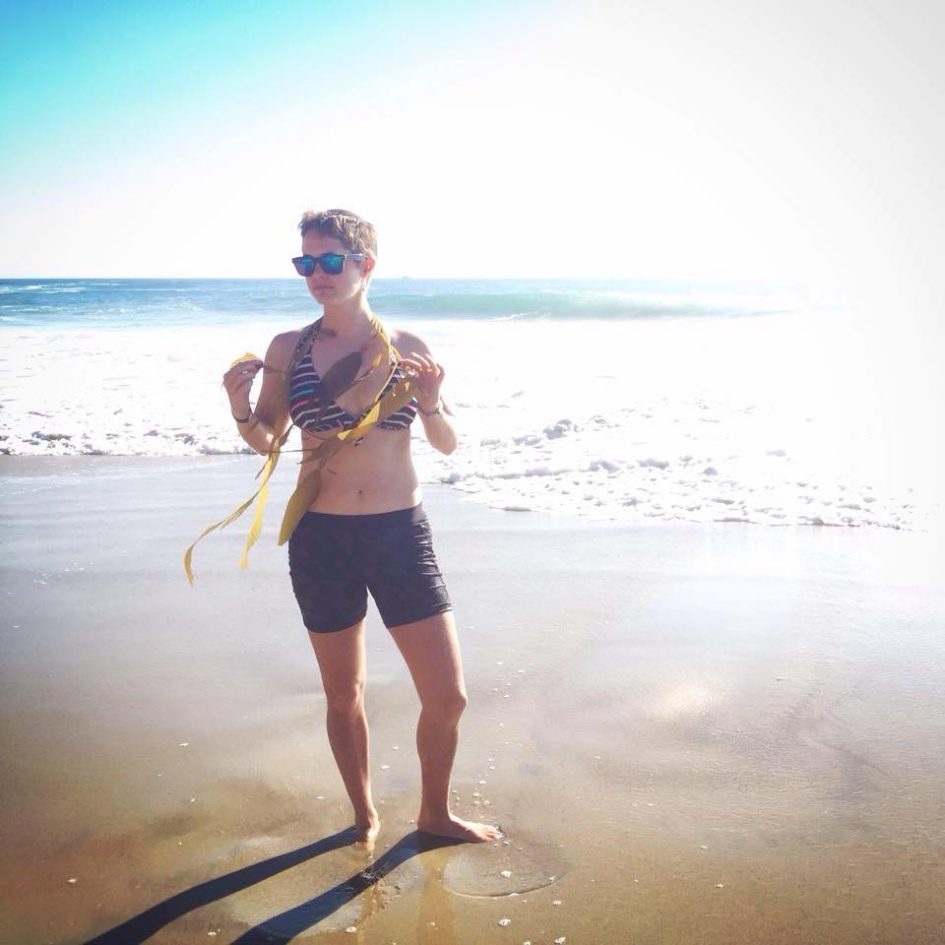 Lilly Brown is a singer, Reality TV Producer, and self-proclaimed “bicycle enthusiast”. She is best known for making  videos in which she does covers of songs and sings harmonies with clones of herself.

ASHLEY: When did you start doing covers and what inspired you to arrange each song that you record into two or three parts?

LILLY: I made my first real cover (complete with a video) six years ago in 2011, but essentially all my life, my sisters, my dad, and I have kind of been a family a cappella group. So that’s where I got my start. 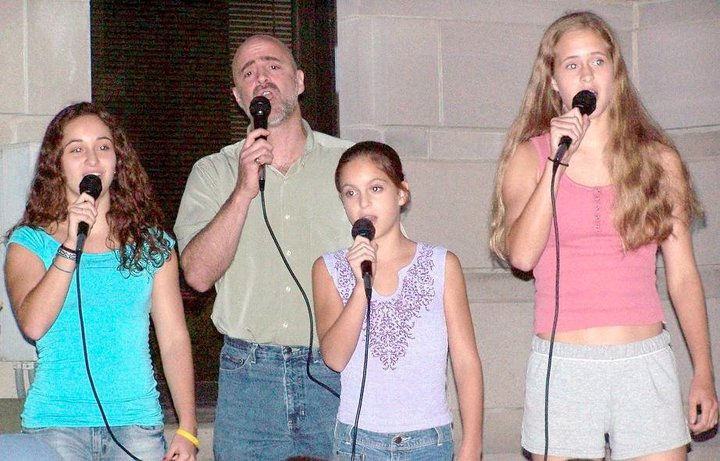 As for what inspired me to clone myself– in December 2013, I entered a Sara Bareilles cover contest, and I knew that for the song, I wanted to play piano, ukulele, and a drum. I knew I could’ve recorded them separately, but I thought it would be cool to look like I was the whole band, playing live, so I recorded it like this:

It turned out cool! And what do you know! I won the contest. So cloning myself was a success, and over the years, I’ve continued to do it, and I’ve gotten more creative with it, adding conversation between Lilly characters, changing my look more drastically between characters, adding story lines, etc.

ASHLEY: How much time does it take you to film and edit your videos? Describe your process.

Long answer: I record everything on my audio software, Logic Pro X. I use a midi cable to connect my electric piano to the software and add other instruments like strings, bass, and drums. Finishing the audio takes one or two days, and essentially, the song is done before I even take out the camera. After that, I figure out which Lilly is going to sing and play which parts. The video is usually just for a visual. I do always record the piano live and sometimes the melody, but usually I don’t record audio while I’m taking the video. (shh.. secrets!!)

The other part that takes the longest is practicing for the video, it usually takes another couple of hours. I have to remember when Lilly 1 takes over the melody, when Lilly 2 suddenly stops and claps, when Lilly 3 goes from drums to bass, and so on. After filming, I put the video together on Final Cut. The last step is perfecting the audio, making sure my lipsyncing goes with my singing, re-recording anything that doesn’t, and filming the “thanks for watching, please subscribe” clip at the end.

ASHLEY: I love that you sometimes do lesbian versions of really straight songs. Which one of those was your favorite to record?

LILLY: “Rude” was pretty awesome to record. I love all the videos I film at Pride cause everyone is so happy and cute and proud. Sometimes I’m nervous going up to random people and asking to take footage of them, but they’re almost always super receptive and excited to participate. I just made a new Pride cover too, and my sister Jenna (who everyone in LA knows) sings in it!

When it comes to cloning videos, my favorite to record was definitely Treat You Better (first video featured in the article), because I loved the story line. I loved turning a Shawn Mendes pop song into a song for lesbians, and I loved dressing up as different lesbian styles for each Lilly. It was just a fun video to make and it’s gotten a great response. Some people have told me that when the song comes on the radio, they automatically sing the lyrics of the lesbian version. Ha! Win.

ASHLEY: Do you ever write songs of your own?

LILLY: I just started to, actually. I tried years ago, but thought my songs were lame so I didn’t try again. But a few months ago, a songwriter had a really motivating conversation with me, so I started trying to write songs again, and it’s going well! I’ll probably be uploading my first original song sometime in the next month.

ASHLEY: How do you meet women? What’s your go-to pickup line?

LILLY: I usually meet women while I’m out at LGBT parties in West Hollywood, and random events like Lezathlon. I never use dating apps anymore. I’d rather meet someone in person. I meet a lot of women through friends, because I have a nice base of gay friends in LA, which I love. I don’t think I’ve ever used a pick-up line… maybe I should try that? One thing I love about LA is that there are so many people here who come from elsewhere to achieve creative goals, so it’s easy to get people talking, hear their story, and find something in common.

LILLY: Right now. I just got back from being in South Africa for a month, which was a great adventure. I have a month before my next TV job starts, so right now I want to spend all my time turning my creative musical ideas into a reality. And that’s my main thing in life in general – I don’t like having a creative idea and letting it sit in my head and never go anywhere. So now I’ve got the time to make these ideas happen. When my next job starts, I’m going to focus on moving up in the TV industry so I can achieve my creative goals there. I would love to work on a TV show with a gay theme someday. Hopefully soon!