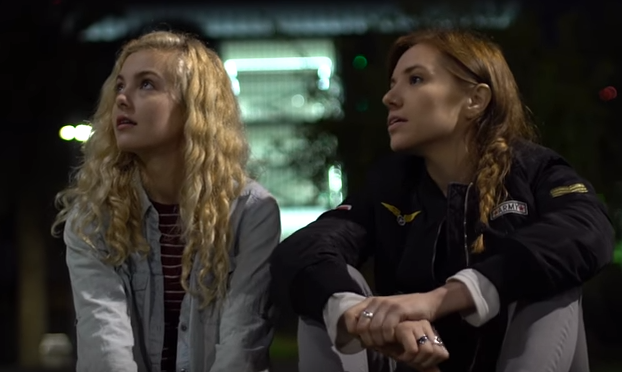 Two women meet on an elevator. One of them has to be on a flight back home to Manchester the following morning. Together, they wander the streets of Los Angeles as they talk, flirt with, and learn more about each other.

This show doesn’t have the most interesting title (it’s literally called “LA Web Series”), but the plot,  dialogue, and characters more than make up for that.

Each short episode leaves you wanting more, and before you know it, you will have binge-watched the entire series in one sitting. Emma Maddock and Alexandra Swarens are convincing in their roles. Both actresses perfectly convey the feeling of not wanting their night to end.

It takes them forever to hold hands, and even longer to kiss, but when they finally do, it is so worth the wait.

You’ll be happy to know that they plan on making a second season. Subscribe to their YouTube channel to stay in the loop.