Almost Everything I Know About Healthy Relationships, I Learned From My Cat (PART 2) 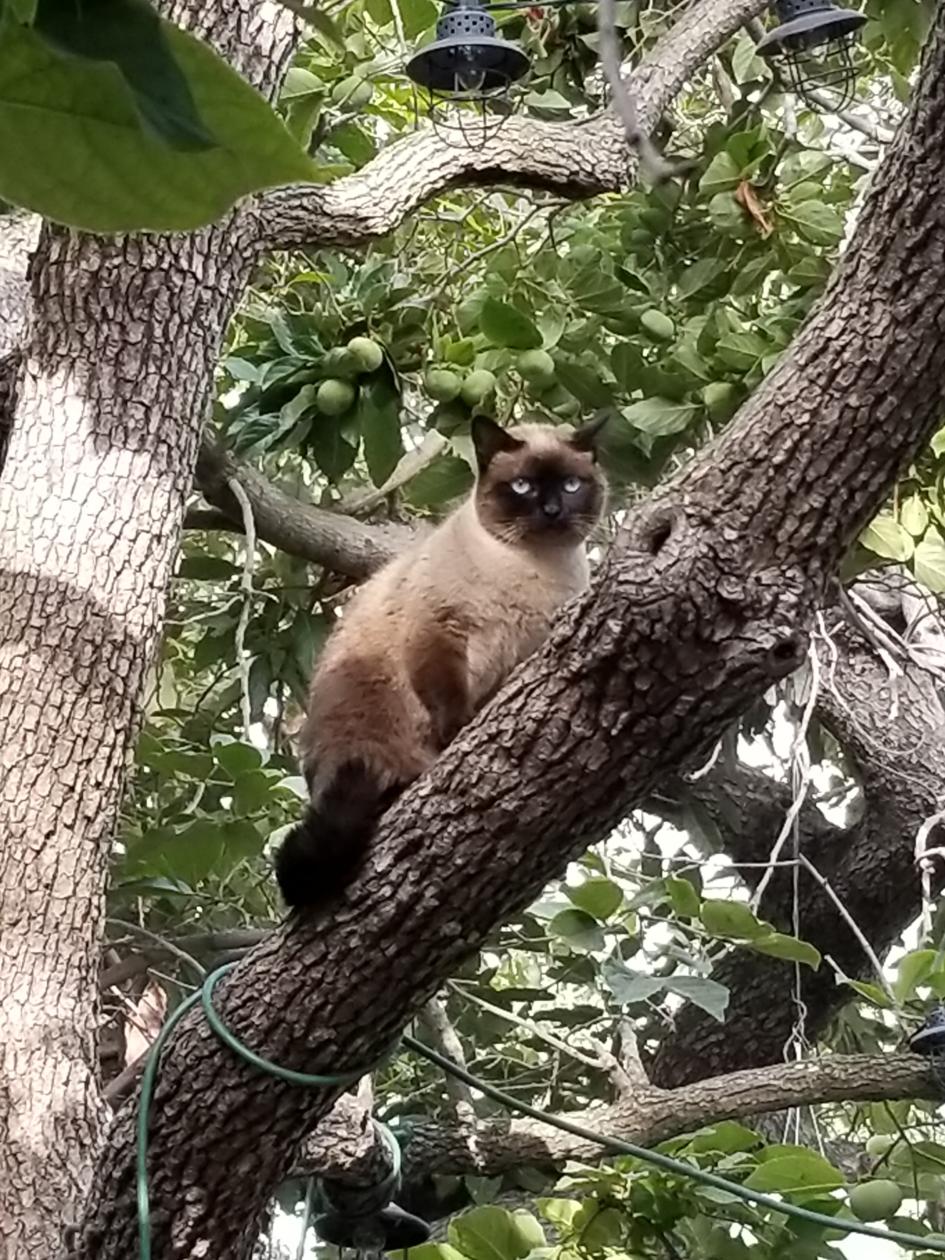 Gracie took three weeks to recover fully from her respiratory infection, and I kept her indoors for the duration. She found every sunny spot and window in the apartment, and over the course of a day, could be found in the exact places where the sun shone brightest. Her favorites were the two windows that looked out onto a tangle of fruit trees, where birds and squirrels chirped and chattered throughout the day. Periodically, she would emit a stuttering, low-pitched, keening meow and stare at me with a beseeching gaze. Google told me that this meant she was in hunter mode. We also developed a routine. In the mornings when I left for work, I would walk out the back door, and leave it open with the screen door locked. Gracie would walk me to the door and cry as I went to my car. After two weeks, she not only cried, but took to climbing the mesh like a demented golem. She needed to go out. She wanted to go out. And I needed to feel less guilty about imprisoning the tiny beast.

Yet, Gracie had a history of running off. She had been rescued from the streets by the SPCA, but she had clearly belonged to someone else before she ran away. When she arrived at my house, she had immediately found her food and water bowl, quickly used the litter box, and made herself at home at the foot of the bed. There was no way she had spent her entire life on the street. This cat was somewhere between a pampered house dog and feral cat who needed to go outside. But I was afraid she would run off again. A leash…the answer was a leash. I would teach Gracie to walk on a leash. That way, she would be able to go outside and I could guarantee that she wouldn’t run away from me.

I took a trip to the pet store and chose a tiny adjustable harness and a retractable leash. After an armload of scratches, accompanied by wild flailing and crawling under the bed, (me not Gracie), the harness was secure and the leash attached. I picked her up and took her outside. Birds chirped. Squirrels chattered. The sun shone brightly on the fruit trees. And Gracie sat down and refused to move. Treats, coaxing, threats…nothing worked. I even dragged her…a little bit. I lifted her by the back of the harness with her tiny paws just touching the ground. She didn’t move them, but hung as limp as a civil rights activist at a 60s lunch counter being dragged off by the police.

Two more weeks went by with her demented golem act of clinging to the locked screen door and crying. Then my neighbor accosted me with the news that not only did she cry when I left, she cried all day until I returned. My guilt was off the charts. She was unhappy as was I. Something else had to be done. I couldn’t keep her locked up, and my fear of her leaving kept me from letting her outside without a leash. We were at an impasse of fear and nature; Her nature, my fear.

Have you ever had a love you feared losing? Did you cling so tightly to it that love turned to loathing, with both people trapped in a never-ending cycle that made both unhappy. Gracie and I weren’t on speaking terms any longer. She had taken to sleeping under the bed instead of on it. I knew why. She was unhappy and so was I. What to do? I had read Jonathan Livingstone Seagull at least twice, so I knew the solution, but feared the outcome. I had to let Gracie go.

Serendipitously, I came home the day after Trump’s election to a frantic neighbor dialing my number. Gracie had somehow wriggled past the window screen and jumped from the first floor window to the ground. She had done this in the morning after I left but was still sitting by the side of the house by the time I returned at 4:00pm. Perhaps she was trying to commit suicide upon hearing the election results…perhaps. But perhaps Gracie had made the decision on her own that I was worth the trouble of sticking around; even after the trauma of the leash.

So the next Saturday when I had the entire day to stay home, I walked to the back door and left the screen door open instead of closing it. I sat on the back steps and waited. Slowly, she ventured out, past me and to the ground, all the while sniffing the area. Then she stood amid the plants, stared at the trees, perked her ears at the sound of the birds and took off running through the fence and into the neighbors’ yard, out of view. I sat and waited. Then…

Gracie came back. I let go and she decided to stay. We are happy. Now she meows when my car pulls into the parking spot and meets me on the safe side of the gate when I get out of the car. I let go of my fear of abandonment, and she gets to be who she is; a cat who loves being outdoors, unsuccessfully chasing birds, squirrels and butterflies, and who loves sleeping at the foot of my bed.