Dyke March is for Dykes

Women will continue to resist the force that attempts to eviscerate persons from history into the category of ephemera. Out of the streets and into the home or cubicle, into a poem or greeting card. There are still reasons to be angry. Dyke March has deserted its radical origins. The Gay Liberation movement of the past–with the radical, direct-action, and solidarity-building politics–has been diluted. Within the pharmacorpornographic era, there is a necessity to redeem the radicality of the spirit of Gay Liberation. This requires strategy and political organizing.

The first documented Lesbian Pride March took place in Vancouver, B.C in the early eighties (1980). A second march organized by Lesbians Against the Right followed in sequence in 1981. In the U.S, San Francisco, D.C, New York, and Chicago were among the first to organize Dyke March events in the early 1990s (propelled forward by lesbian political groups such as the Lesbian Avengers). 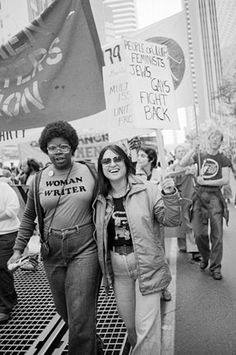 In their “Dyke Manifesto”, The Lesbian Avengers called for direct action.

“Direct Action is a public intervention ranging in creative form from marches to street theatre to speakouts to cathartic spray painting of anti-hate slogans… The purpose of direct action is visibility, so we can’t be shy. As a direct action group, The Lesbian Avengers is for women who want to be activists, want to take responsibility for making things happen, want to do the shit work, have their minds blown, change their opinions, share organizing skills, and work in community”. 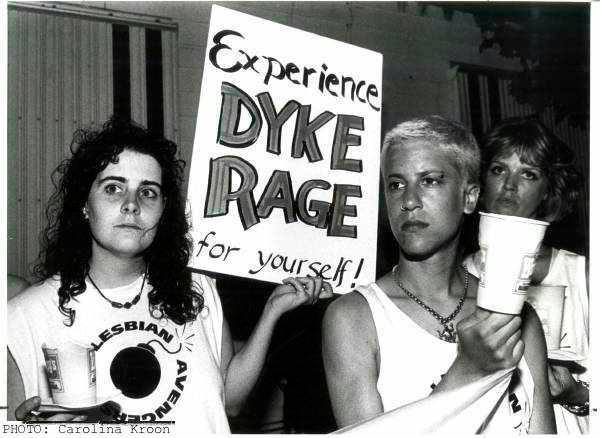 In recent years, the narrative of inclusivity for all has taken precedence over illuminating the specific material realities of the demographic of lesbians, across race, class, nationality, ability and so on. The following is an excerpt from the description of Toronto Dyke March:

We work toward creating spaces that allow the experiences, pleasures and identities of ALL queer women and dyke-identified folks to not only exist but also thrive.

Lesbians are being erased and this erasure is perpetuated in part by queers who have ahistorical tendencies.

Although many lesbians become subsumed into the Queer Identity, a lot of the women I know and care about dearly do take issue with the obfuscation of our specific experiences as women who are exclusively attracted to other women.

I have only been a participant for two years. Last year I participated in the Dyke Marches in San Francisco and Vancouver B.C, and this year, I kept the seat warm for the Dykes on Bikes in Seattle, and marched in Vancouver’s Dyke March again.

The previous year in Vancouver, I organized (impromptu) a group of lesbians and made some agitation propaganda (mostly of ‘good’ nature). We marched and chanted for a couple of blocks, and gathered in the park afterwards with the others. The March was very short and did not persist for longer than 20 minutes. A couple of months prior, I was driving down the coast to Arizona with a lover and happened to be in the Bay Area for San Francisco Pride. It was an interesting experience. I did not see any political agitation in the form of words or action at the march, but I witnessed a lot of public sex, which felt like a spectacle–the notion of queer deviance was being played up. In general, I was feeling on edge, there were many tourists and heterosexual men spectating (and taking videos and photos).

Seattle Dyke March was very lively this year. Organizers of a neo-Lavender Menace style agitation invited me to join them in re-focusing the energy of Dyke March to illuminate the lives of lesbian women. We carried posters with images of lesbians such as Barbara Smith and Adrienne Rich with the words “was a Lesbian”. We dressed up in Lavender menace attire. It was a very celebratory action that did not shy away from pivotal questions: Why are lesbians being erased within contemporary queer culture? Why is lesbian culture being eviscerated from the public memory?

It was very endearing to have some older dykes who were involved in political activism and also disheartened by the state of things come up to us after. It was my first time riding with the Dykes on Bikes which was really exciting (although I was fender fluff—this time!) It was nice to have the support of many gay men as we rode around Capitol Hill leading the march.

In Toronto, organizers of BLM TO interrupted the Pride Parade to discuss the convergence of anti-blackness and homophobia. Mirroring the spirit of BLM Toronto, organizers in Vancouver led the Dyke March and rally, discussing the whitewashing and corporatizing of pride. 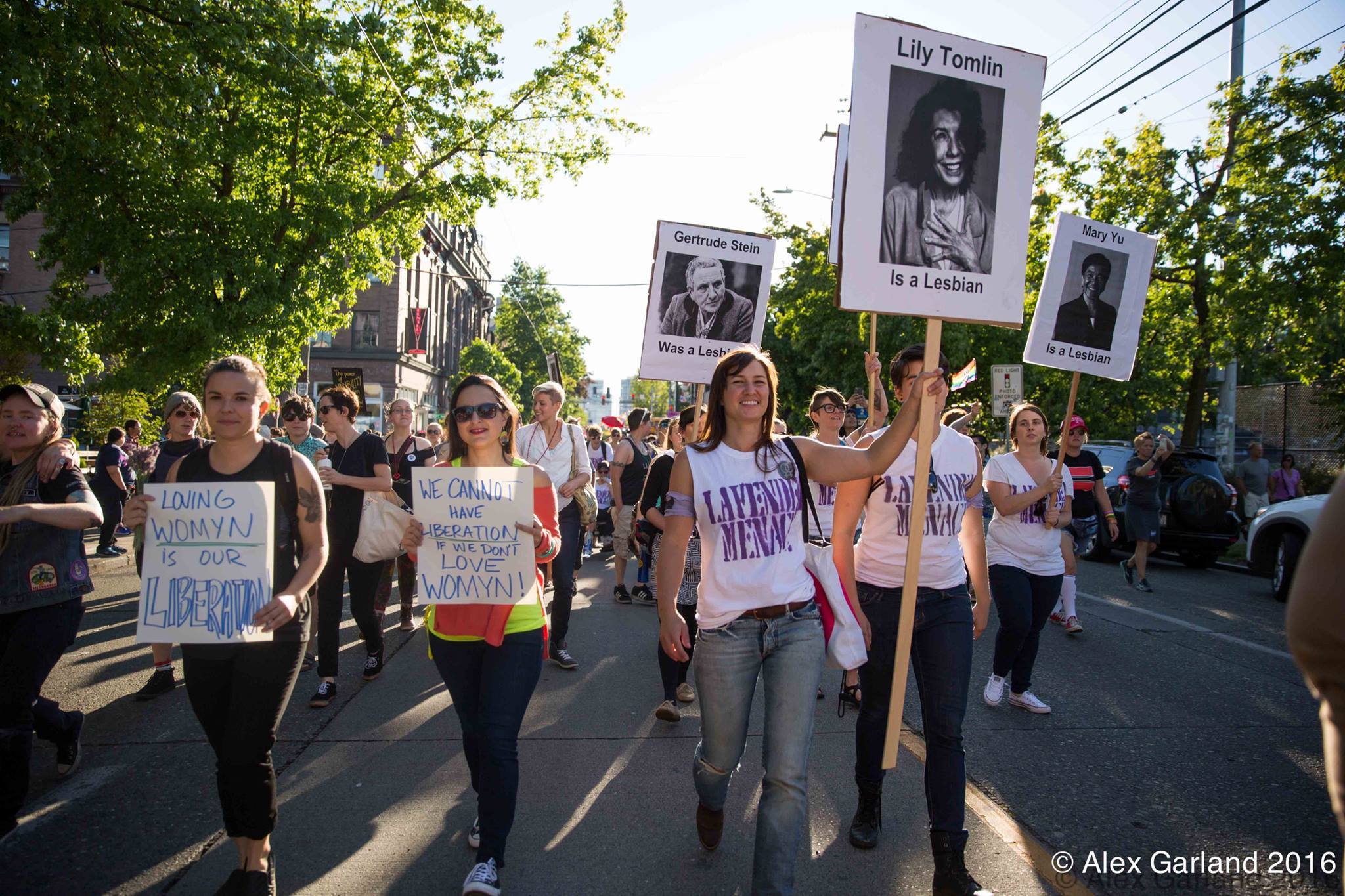 There is a necessity to sustain the politics of Dyke March—the focus being—lesbianism. To celebrate our identities, relationships and selves in totality. The celebratory spirit must converge with the political in order to sustain the political essence of Dyke March. Dyke March has the capacity to disrupt the public sphere, to situate the march within a framework of public agitation. Dyke March is not simply about celebrating queerness “glitter” and all. It is about ameliorating the material conditions of lesbians, and fighting for our right to exist locally and globally.

I stand by this statement: Dyke March is for dykes and dykes are women.

Em is a writer from Vancouver B.C, who allocates her resources to studying philosophy, reading esoteric lesbian literature, political organizing, getting fired from service industry jobs, and reading about history.