In Defense of the Unwoke 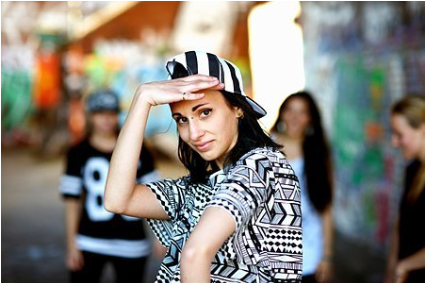 Many of us who grew up in the burgeoning days of the internet found it to be something of a gay oasis in an otherwise painfully heterosexual desert. Where our gay ancestors may have discovered their identities in the dictionary (or worse, the DSM), we need simply Google them!

And as a baby gay, Google I did!

My search history included such hits as:

Am I Lesbian Quiz

How to Be a Lesbian

How to be Gay

How to Make Friends

Nothing but glamor, ladies!

It sounds sad now, but as a kid I loved poring over the Ask.com lesbian lifestyle page in the late hours of the night. Lurking in gay forums, falling down rabbit holes of links within links, diligently studying the How to Be a Lesbian Wikihow. I didn’t really get the short fingernails thing, but that wasn’t gonna stop me from reaching for the clippers. I even learned flagging!

I think younger me had higher aspirations than what I’ve accomplished so far as a gay adult.

Or maybe I thought there was going to be a test?

I never stopped studying, but boy have the materials changed. If the gay lifestyle section of Ask.com was Gay 101, then this post-Tumblr era must be at least a 400 level class.

Of course, this was bound to happen in a community united largely by the need to be heard but anonymous. Ideas are bouncing back and forth quickly, without time for accountability but preserved forever in the eternal tendrils of the internet.

I take a sick pleasure in getting mad at the wildly lesbophobic content the internet churns out these days. I take even sicker pleasure in sharing it with my fellow lesbians and getting mad together. What brings dykes together more than being mad at something?

Not if we’re thousands of miles away!

And if we aren’t, then we’re probably dating!

And if we’re dating, then we’re gonna get mad at stuff together! It’s what lesbians do!

If you’re here, reading this, then you may not know…but there’s another side to lesbianism. A simpler side. A happier side. A side less involved in all of this.

Imagine, if you would, a typical lesbian. A run-of-the mill dyke. You meet her in the wild.  Maybe she’s wearing a snapback, or a muscle shirt, or a flannel. She gives off a gay vibe, but she’s not really trying. She drinks beer. She drives a truck. She’s outdoorsy. She’s friends with…ugh, men.

She likes unironically inspirational quotes and doesn’t use words like ‘Whorephobia’ but also doesn’t really get why they make you so mad. She also doesn’t appreciate the occasional manhating joke.

She’s normal. She’s a normal person who just happens to be gay. You know, the kind they write about in hetero sitcoms?

Disclaimer: I’ve started dating a woman recently who fits this bill. It is incredibly refreshing.

I never thought I would! It is, after all, natural to seek out those who think similarly to you. If you were to (please don’t) dig up my old dating profile, you’d see how much gay politics shaped my dating preferences. Think YES on this, no on THAT, and if you call me queer it is OVER!

What a freakin’ pill! I thought overthinking made me smart.Turns out it was just making me anxious.

Normie lesbians are a breath of fresh air. Yeah, maybe they’ll say things your uber radical activist friends cringe at. Maybe they don’t quite get your burning passion for self-sustaining clothing-optional lesbian separatist farming communes. Maybe they’re not up to date on the most progressive lingo.

It’s more fun to be with someone you don’t always agree with! If you allow ideological purity to dictate your relationships, your ideas will remain unchallenged and your personal growth will be stunted. I think debating over reverse racism/heterophobia/misandry is way more stimulating than agreeing at each other for an hour.

Sometimes she changes my mind, and sometimes I change hers. And sometimes things get heated. And then they get steamy. And that’s fun too!

Next time you’re looking for a date, or even a new friend, don’t shy away from the well adjusted looking gal at the sports bar. Even if she has guy friends. Trust me.