Out on the Town: Killer Unicorns

It was Easter and my plans for the day included sleeping in and then binge-watching a new show on Netflix. So when someone invited me to a stand-up comedy show last minute, I jumped at the opportunity to go.

Killer Unicorns—which is hosted by Emily Krauser and Julia Pels–is a little different from your average stand-up show. It’s actually a “stand-up-storytelling hybrid show” that featured an all-female lineup on the night of its debut.

On the stand-up side of things, Melanie Maras, Tess Barker, and Amanda Fein were all hilarious. The first two comics shared bits and pieces of their unconventional childhoods with the audience. For instance, Tess once tried to run away from home when she was nine, and her father decided to teach her a lesson by driving her into the city, finding a homeless person, and taking them out to dinner in exchange for them giving her a lecture on how “hard it is on the streets.” He couldn’t find any homeless people, so he did what any responsible parent would do–he found her two prostitutes to have dinner with. 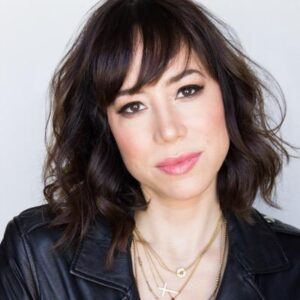 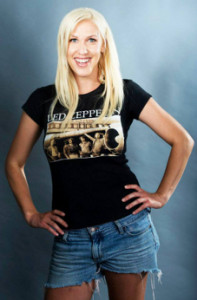 In addition to co-hosting the show, Julia Pels did a set of her own. She told us about the time when her first girlfriend dumped her because she was convinced that she wasn’t really a lesbian. Julia’s response was “I’ve been eating you out for the past six months!” Which I think was the most memorable line of the night. 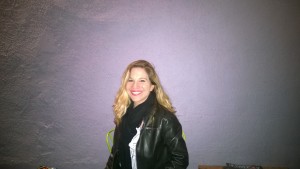 Julia Pels (after the show)

As for storytelling, Gabi Conti shared a story about an ex who lied about being ten years younger than he actually was for the nine months that they were together, and Emily Krauser talked about the time when she almost overdosed on weed–making her the first person in existence to almost overdose on weed.

The last time I went to a storytelling event, I was in Albany, NY, and I had to sit through a tedious fifteen minute story about a man’s hometown and bees. Killer Unicorns has made me hate live storytelling a lot less.

If you live in or around Los Angeles, stop by Lyric Hyperion Theatre & Cafe on the last Sunday of every month to catch a Killer Unicorns show for the low price of five dollars. These women are funny as hell.