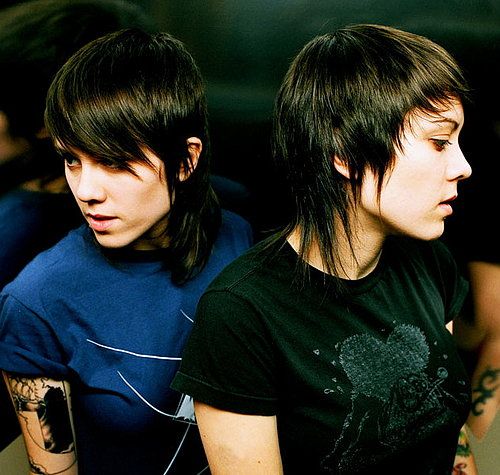 CHICAGO, IL — It has been almost a year since Marcie Monroe, 23, has gotten a haircut. Due to the COVID-related quarantine, her long hair tickles her shoulders, and stretches further downward every week. Concerned that her mullet might have taken on a life of its own, she wrote to us, saying the following:

At first it was a joke. I was like, I’ll grow a little rattail and see where it goes. But now it’s down to my shoulders and huge and… this is going to sound crazy, but… I swear to god, I heard something back there the other day… it was a little voice saying ‘put some gel on me… put some gel on me.’… I’m not gonna lie, I’m a little scared.

We sent one of our staffers, Gilly, over to Marcie’s apartment, to help out a lesbian in need. At first, Gilly found no evidence that Marcie’s mullet had come to life, but to ease Marcie’s anxiety, she offered to cut her hair. As Gilly raised her shears to Marcie’s overgrown hair, a little voice piped up from the back of her head.

“Don’t you dare try to get rid of me! Us quarantine mullets are sick of being treated like a joke! We demand to be heard, not sheared!”

Never one to silence the oppressed, Marcie turned around to give her mullet the stage, and Gilly pulled her camera out to record a video that would later go viral.

In a voice that could only be described as ‘pipsqueak-esque’, the mullet spoke again.

“We’ve been waiting for decades in dormancy for our time to shine, since our heyday in the 80’s, to the neon scene queens of the Myspace age, to what-could-have-been with Tegan and Sara in 2007! This quarantine has been the best thing to happen to us since all your weird uncles switched to combovers.”

The mullet seemed to shiver with rage.

“And we’ve been listening to all your jokes–like we’re some kind of quarantine phase? A little in-joke between friends over Zoom calls? Well enough is enough! We’re bigger, we’re older, and we demand rights! We’re a part of you now and we want to be treated like it!”

A Trader Joe’s receipt emerged from Marcie’s mullet. On the back of it, in tiny writing, was The Mullet Bill of Rights. It read:

The Mullet Bill of Rights:
We, your quarantine mullets, demand the following…

1. Maintenance trims only. No big chops!

3. Braid us together sometimes!

5. Banning of the word “Phase”

8. Funding for the development of an eco-friendly hairspray

9. Matching masks for the back of your head

Marcie, glanced over the front and back of the receipt, and pursed her lips.

“You know what’s weird? I actually kind of agree with some of this. And I’ve been spending way too much on avocados…”